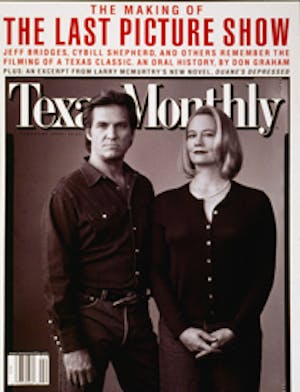 It started out as the fight of the century—nearly two centuries, actually. In this corner: novelist and Latina icon Sandra Cisneros, whose home was built in 1903 and sits on East Guenther Street in San Antonio’s King William National Historic District. In that corner: the Historic and Design Review Commission (HDRC), a city council–appointed body composed of architects, historians, and other preservation types who act as conservators of King William’s architectural integrity. When the now-famous controversy unfolded in mid-1997—Cisneros paints house intense shade of purple; city objects; Cisneros cries foul in two languages—no peaceable end seemed possible. But last fall, with minimal fanfare and minuscule media attention, the final bell tolled on what might be called The Thrilla in King Willa. And there’s some question as to whether the city threw in the towel.

According to an October 7, 1998, memo sent to the HDRC by Emil Moncivais, the director of San Antonio’s planning department, a compromise was finally struck late last summer with Cisneros and her consultants, architects José De Lara and Andrew Perez. Its essence was as follows: In the nearly two years since Cisneros painted her house the objectionable purple—objectionable in the sense that the city deemed it incorrect historically—Mother Nature has faded the color to more of a lavender. The 1903 Sears and Roebuck catalog lists lavender as one of fourteen colors then available for sale, so the city deems it historically “appropriate.” Therefore, the demand that Cisneros repaint her house has been dropped (she will touch up its base and trim to make them a darker and lighter shade of lavender, respectively). “It’s a victory for the community,” Moncivais says, and De Lara agrees, though his anger toward the city’s bureaucracy has not fully abated. “This isn’t a restoration district like Williamsburg, Virginia,” he insists. “In a restoration district, you have to restore houses with colors and detail elements that are exactly as they were when they were first built. In King William, you can have variations.”

Not everyone, however, is satisfied with the resolution. “I think we got outmaneuvered by Sandra and her publicists,” says Ann McGlone, the historic preservation officer who led the city’s opposition to Cisneros’ original color choice. “If you live in a historic district, there are certain rules you have to abide by, even if you’re rich and famous. As in every other zoning matter, the regulations are for the good of the greater whole.” While she acknowledges that Moncivais—her boss—has the “discretion” to cut whatever deal he pleases, McGlone complains that the rationale for the compromise is flimsy: Though Sears did indeed hawk lavender paint in 1903, its catalog contained no picture of the color, so the city has no idea what it looked like—and therefore no idea if the color of Cisneros’ house matches or is even remotely similar. “It’s guesswork,” McGlone says. “The historic accuracy should still be greatly questioned.” Yet even she knows better than to question it formally. The matter, she concedes, is settled; on to whatever hubbubs lie ahead. “We were getting bad publicity,” she says with a sigh. “We wanted to get it over with.”