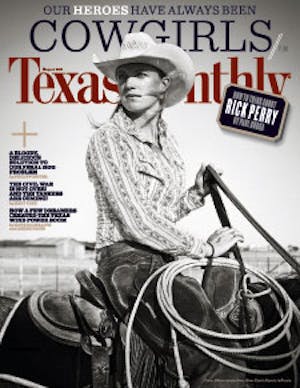 NAME: Donna Shaver | AGE: 51 | HOME: Corpus Christi | QUALIFICATIONS: Chief of the National Park Service’s Division of Sea Turtle Science and Recovery at the Padre Island National Seashore / Texas coordinator of the Sea Turtle Stranding and Salvage Network / Supervisor of the release of the last round of this season’s hatchlings, in August / Ph.D. in zoology from Texas A&M University

● When I started here as a student volunteer in 1980, I had never seen the ocean, and I had never seen a live sea turtle. I fell in love with the work and decided I would dedicate my career to help save this species.

● In the forties, tens of thousands of Kemp’s ridleys laid their eggs at the main nesting beach in Mexico, south of Brownsville. By the eighties, the population of adult females was down to an estimated five or six hundred. People and commercial interests were gathering and selling the eggs, which were reputed to be an aphrodisiac.

● Finding the nest of a Kemp’s ridley is difficult. They’re the smallest of the sea turtles—only two feet across. They tend to nest on windy days, so their tracks blow away quickly. And they’re only on the beach about 45 minutes to lay their eggs.

● During nesting season, from April to mid-July, our workers and volunteers watch for nesting turtles on Texas beaches. They carefully dig up the eggs and take them to the National Seashore. We keep the eggs in sand, in boxes similar to beer coolers, until they hatch.

● I sometimes sleep at the office during hatching season. I used to use a cot, but now I have a twin bed. I put a timer on my chest and set it to go off once an hour. I stand near the boxes of eggs and listen for scratching. That means a clutch is in its hatching frenzy, digging out. We release them immediately. Sometimes seagulls will swoop down, so we carry a big net over the hatchlings. We set them down about thirty feet from the surf, but it’s a long distance for a little turtle.

● The life of a sea turtle is very difficult, and the odds are not in their favor.

● Back in the eighties, we were lucky to find one nest on Padre Island every few years. This year, we have had 116, with 196 in Texas overall. The population has not recovered, but we see signs of success.

● I am often asked why we should save sea turtles. One reason is so these animals can be enjoyed by future generations. Another answer is that they’re God’s creatures, and who are we to decimate them? The other day, a man from Germany was visiting Big Bend. He got on our website and read about the National Seashore. He rented a car, drove to the coast, and two hours later he saw a nesting turtle.