Sarah Posner’s 5,000-word piece in Religious Dispatches details the “spiritual” war on abortion underway in Texas under Rick Perry’s watch. “Texas has a robust constellation of anti-choice groups that, in conjunction with an increasingly powerful Republican caucus, have chalked up a series of impressive victories,” Posner writes.

The governor has been outspoken on the topic of abortion, making it one of his “emergency” priorities this legislative session and speaking publicly against it at churches across the state. “I feel like I am in the garrison of an army that has devoted itself to the defense of the unborn, here in this state and across the country and am proud to be counted in the ranks,” Perry said at a 2010 fundraiser for a crisis pregnancy center.

In 2003, the state legislature passed and Perry signed the “right to know” law, that forced “doctors to ‘inform’ women seeking abortions of a supposed link between abortion and a higher risk of breast cancer and future infertility,” although there is no evidence supporting those claims, Posner writes. During this past legislative session, Perry fast-tracked legislation that requires women to undergo a mandatory sonogram and wait 24 hours before they can have an abortion. That law is currently tied up in the courts.

Posner also details how this past session, the state Legislature slashed family planning funding by 66 percent while creating a new “Alternatives to Abortion” program that uses federal funding from the state’s federal Temporary Assistance for Needy Families grant.

Perry’s approach to ending abortion has been much more hands on than his predecessor. “Perry has really made this a personal issue for himself throughout his tenure as governor,” Sara Cleveland, executive director of NARAL Pro-Choice Texas, told Posner. “Where Bush would sit around and sign something because anti-choice was where his base was, Perry actively instigates.” 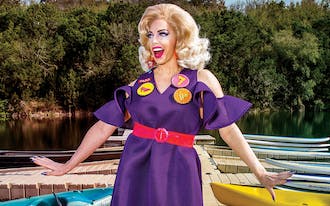