LAST SUMMER, INTERNATIONALLY CELEBRATED photographer Mary Ellen Mark visited the rodeos of small-town Texas. She went to such towns as Sanderson and Seminole, Van Horn and Big Spring, and was at a rodeo on July 4—the holiday once known in cattle country as the cowboy’s Christmas. In the old days, cowboys from nearby ranches would stop work on Independence Day and come into town, where they would inevitably get to bragging about their wrangling and riding. In the West Texas town of Pecos, the cowboys of the early 1880’s would thunder down Main Street roping steers, using the courthouse square for a corral. The rodeo, according to some historical accounts, was born.

Today the rodeo continues. For photographers, the rodeo is an ideal spot to document the last remnants of the Old West. Usually their cameras focus on the archetypal cowboy: one arm flailing in the air as he struggles to hang on to the unconquerable bucking bronco. That is such a romantic image—the noble, lonely hero, bathed in the lights of a dusty rodeo arena—that it is easy to forget about anything taking place outside the arena.

Mary Ellen Mark, however, returned from places like Pecos with pictures that tell a different story. Mark, who makes her home in New York, is renowned for her ability to capture what the New York Times calls the “moral dimension” of her subjects. She has photographed homeless families, women in the maximum-security wing of a mental hospital, prostitutes in Bombay, and teenage runaways in Seattle. It is not the great and powerful figures who have made her best subjects but the outsiders—the ones she calls the “unfamous.”

At the rodeo, Mark captured such figures once again, this time within the crowds of people who faithfully turned out for their town’s annual celebration. She took no action shots, nothing of the rugged man fighting the untamed beast. For her, the action came from the mysterious pageantry that unfolded around the rodeo.

The photographs she brought back—a boy twirling a lasso, a rodeo clown with his monkey, a bonnet-clad child riding on top of a car driven by her expressionless father—are, at first, disturbing in their solemnity. Could this be right? Rodeos in rural Texas are a chance for the community to loosen up, drink a little beer, do some all-American flag waving. Always at those little arenas there is the opportunity for high drama: An angry bull might break through the gate, smash into cars in the parking lot, and then ramble off toward a distant field of green. There is also a good parade, with cowgirls in sequined suits, a high school marching band, a local riding club, and the state representative in a convertible, waving a hand back and forth like a windshield wiper. At the Saturday night dance, it’s a sure bet the band will play “My Heroes Have Always Been Cowboys,” maybe twice. During the Sunday morning cowboy service, the preacher will cheerfully inform his congregation that Jesus was the “original rodeo cowboy,” who rode into Jerusalem bareback on an unbroken colt.

“Look again,” Mark’s photos seem to be saying. Yes, the rodeo weekend is a ball, but behind the antics something more powerful is going on. This is not the kind of frivolous celebration that, say, a county fair is. This is not the circus coming to town. To these residents, the rodeo is an unshakable reminder of the forces that guide their lives. It is a time for them to proclaim something about their heritage and, at the same time, acknowledge that their heritage has not always been a joyful one.

The rodeo no longer reflects the way people in Texas live. Most rodeo events are laughably unrelated to the actual work on a ranch today. No sane ranch hand needs to ride a bull or leap off a galloping horse in order to tackle a steer. More significantly, people who live in rural Texas in 1992 have about as much contact with cowboy life as those who live in cities. There are few raw acres of land to work, few cows to run; there’s no need, really, ever to learn to ride a horse. Yet on rodeo weekend, the townspeople come out in droves to watch the riding and roping feats, performed by young men and women who learned the trade at their high school and college rodeo clubs.

It is not difficult, looking at Mark’s photo of the clown coaxing his dog through a hoop or the one of the young trick rider hanging from her horse, to imagine that this must be some ancient, hidden kingdom miraculously protected from the march of time. Everyone dresses up in Western clothes. They buy snuff next to the food booths and pick up bumper stickers that read, “I’m a Rope-a-holic.” Boys pretend to be John Wayne, and girls on floats get to display their budding beauty, an asset especially prized on harsh, shadowless terrains. Many people drape themselves (and their dogs and their babies) in the American flag, showing a fervent patriotism rarely seen in the cities; perhaps that’s the only way small-town citizens know to celebrate those much-revered pioneer qualities of independence and individualism.

A stranger from another part of the country might see the small-town rodeo as nothing more than an exercise in nostalgia, a sad sort of yearning for the days of free-spirited wild West adventure. But nostalgia is not quite the point. Small-town people are not very sentimental. They know the futility of trying to believe again in old myths. There might be a few who lament the past, but the rest come to the rodeo simply to declare that they are still around.

That is what is most striking about Mary Ellen Mark’s subjects. Some of them have already been hardened by disappointment, while others, no doubt, will be hardened soon. (Look closely at the four members of the high school drill team, all on the verge of womanhood, their determined faces sensing the struggle to come.) Yet all of the people in these photographs stare back at the camera with a fierce, unyielding pride: a grizzled old cowboy holds fast to his horse, a freckle-faced girl sits straight-backed in her daddy’s pickup, Pecos high school twins dress up as a soldier and the Statue of Liberty. Indeed, these ordinary lives take on a moral dimension.

On rodeo weekend, all the participants are allowed to remember that they are the last vestiges of the pioneer breed. They are connected again to their grand mythological heritage, one in which the strong inherit the earth. They may have been displaced by a different world, but they retain their sense of honor. Their local rodeo might reenact the historic struggle to harness the unbridled frontier, a struggle they know nothing about. But their own struggle to hold on to their dreams is brutal enough. They have learned to live with their lot in life, to accept its limitations, and to band together as some kind of community.

Surely, that is something worth celebrating.

The photo images for article are not available online. To find out how to order a copy of this article, please go to Texas Monthly back issues.

Animals at the rodeo play a curious dual role—as man’s fiercest enemy and also as his best friend. Solemn cowboys prepare for their rides in Rocksprings. At the Big Spring rodeo, trick rider Bree Worthington shows off her trained horse, while famous rodeo clown Quail Dobbs urges his dog Phyllis through an oversized hoop. Clown Michael Horton mugs with his bull named Party Animal in Odessa.

As important as the rodeo itself is the rodeo parade. The less fancy the float, the better, and everyone gets to participate. A patriotic woman, with her granddaughter and a dog, ride in the back of a pickup in Leakey (above). A father drives his daughter, seated on top of his car, in the Sanderson parade. Boys in the Pecos parade look for outlaws, and children in homemade costumes perch on a float in Leakey.

Once the domain of ranchers and cowboys, the small-town rodeo has become a cultural melting pot. A riding club carries Confederate flags into the arena in Big Spring. Immensely popular on the rodeo circuit are José “Pepe” Diaz and his son Jerry (above), who perform lariat tricks. A high school drill team performs in the Pecos parade. Big Spring rancher Bob Ballenger is a throwback to the old frontier tradition.

The rodeo remains an intensely American experience, a way to hold on to some sense of community. A student waves Old Glory in the Pecos parade. In Big Spring, young cowboys stand for the National Anthem, and a boy holds a Saddam Hussein dummy that the clowns will later toss in front of a charging bull. Cami Montgomery sits in the parking lot at Seminole, a proud portrait of individualism. 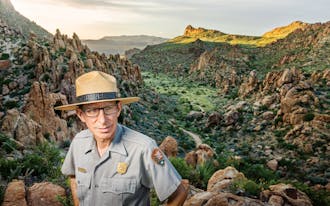 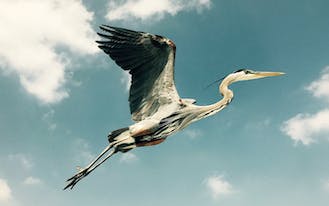 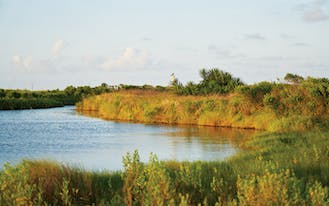 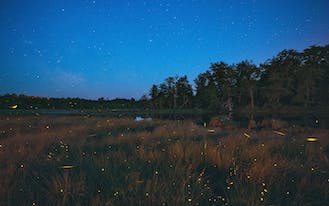