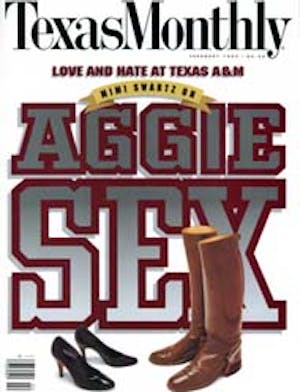 Only 3 of the 26 major league base-ball teams have failed to win a division title: the Cleveland Indians, the Seattle Mariners, and the Texas Rangers. We will soon find out if the Rangers are likely to shed this unwanted distinction in the near future. To be a contender for the American League West title, the Rangers must sign their best player, Rubén Sierra, to a long-term contract this winter.

Without a doubt, Rubén Sierra is one of the best players the team has ever had. At 26, he is entering his prime productive years. His statistics say that he is in a class with Bobby Bonilla, who recently signed a five-year contract with the New York Mets for a historic $29 million. But if the Rangers do not lock up Sierra’s services this year, he can elect to become a free agent at the end of the 1992 season and can sign with the highest bidder.

The negotiations with Sierra represent a critical juncture in the history of the franchise. The outcome will show whether the organization’s financial constraints, imposed by managing partners Rusty Rose and George W. Bush, the president’s eldest son, will allow the team to compete in the marketplace for the best players in the game. The negotiations will also show whether the Rangers understand the nature of baseball management in the era of free agency, when the way to win a division title is to package two or three superstars with a core of dependable players—as Pittsburgh did with Bonilla and Barry Bonds.

The Rangers have three choices: Pay Sierra’s price for a long-term contract, sign him to a one-year contract and lose their investment in him after this year, or trade him for several younger, cheaper players. Last year, in a similar situation, the Houston Astros elected to trade their best player, Glenn Davis. But the Astros had no prospects of winning anytime soon. The Rangers do. They led the western division at the All-Star break last season before finishing third. The division’s dominant team in recent years, the Oakland A’s, is over the hill. The World Series champs, the Minnesota Twins, lost one of their best pitchers to free agency. The Rangers have as good a chance to win in 1992 as anyone. But do they have the will—and the money?

Sierra’s agent Chuck Berry, who is part of a group headed by Tom Reich of Pittsburgh, understands the Rangers’ dilemma. “I think any club can afford one of the highest-paid players in the game,” he says. “The problem is when you start gathering more than one. The Rangers are going to be paying Nolan Ryan a very healthy sum next year, and they have Julio Franco, Rafael Palmeiro, Bobby Witt—a lot of people who have moved up quite a bit on the salary scale.”

The Rangers are not a deep-pockets organization. The franchise was bought with borrowed money, and the team’s budget has less than $30 million a year allocated for salaries. The Rangers receive $14 million from television contracts, more than teams in smaller markets but nowhere near the amount taken in by the big-city teams that set the markets for free agents—the Yankees, Mets, Cubs, Dodgers, and Angels. TV revenue is expected to drop when major league baseball’s current agreement expires at the end of the 1993 season. The Rangers’ biggest financial problem is Arlington Stadium, which has too few expensive seats behind the baselines and too many cheap seats in the outfield. Ticket revenue should increase, however, when the new stadium opens in 1994.

“It is a difficult problem for them, given their finances,” says Berry. “They have to decide whether they are better off paying Sierra and then perhaps not being able to afford some of the younger guys who will be coming up in the next few years. Or whether they want to trade a superstar and perhaps get back two or three good players. It’s not an easy call.”

Where Did All the NFL Draft Prospects From Texas Schools Go?

There is little doubt that Rubén Angel Sierra García is a superstar. His six-year statistics include 139 home runs and 586 runs batted in; at a comparable stage in his career, Hall of Famer and fellow Puerto Rican Roberto Clemente had 26 home runs and 237 runs batted in. (Sierra plays the same position Clemente did, right field, and wears the same uniform number, 21.) He is three years younger than Bobby Bonilla and, during the past five years, has had more home runs, runs batted in, and stolen bases. He is durable, having played in 909 of 924 games since being called up by the Rangers on June 1, 1986. He has been voted the club’s player of the year in four of his five full seasons.

“It could be argued that Sierra is one of the best outfielders in baseball,” says Rod Beaton, a baseball beat writer for USA Today. “He is certainly in a category with Bonds and José Canseco. He is young, has good numbers, a good attitude, and a good work ethic. And no one accuses him of being an underachiever.”

The Rangers are not alone in facing a tough decision. Sierra must decide whether he wants to remain in Texas or become the subject of a bidding war that in all likelihood would make him the highest-paid player in baseball history. Several factors besides money might induce him to turn down a Rangers contract. He could get more recognition if he played in New York or Los Angeles. He could become a Latin American hero as a star for the newborn Florida Marlins, and Miami would be a better market for endorsements by a Latin player than Dallas—Fort Worth. The Rangers are not among the eight teams—five in California, one in New York, one in Chicago, and the Astros—that broadcast their games in Spanish.

At one time, Sierra was rumored to be disenchanted with Rangers manager Bobby Valentine. When Sierra didn’t make the roster at the start of the 1986 season, he reportedly thought Valentine had promised to make him the first player the Rangers called up from the minor leagues. But the Rangers brought up a pitcher instead.

Berry confirms that Sierra had once been unhappy in Texas. “If you had asked Rubén earlier in his career whether he wanted to stay with the Rangers, he may have said no,” Berry says. “But in the last two years or so, things have changed. He is much more comfortable with the team, with the community, and with the manager. Rubén would very definitely like to stay in Texas.”

One of Sierra’s close friends, Puerto Rican sportswriter Luis Rodríguez-Mayoral, believes that Sierra’s personality might fit Texas better than New York or L.A. “He wants recognition,” says Rodríguez-Mayoral, “but from a distance. Rubén is shy. I think he would prefer to walk down the street and have nobody notice him.” That isn’t likely to occur: Sierra shaves his head, wears gold chains, and at six one and two hundred pounds, with bulging arms, looks every inch an athlete. Recently Sierra acquired two expensive show horses; he talks about settling in with them on a spread he has his eye on near Fort Worth.

Part of Sierra’s shyness is the language barrier. He still does not like to appear on postgame radio shows or the nightly news, and he does not engage in small talk with most reporters, although he is friendly, easygoing, and liked by them. Friends say that he would rather play pool with his wife, Janette, at a small bar in Arlington than go to a disco with his teammates. Maybe he really would prefer Arlington to the glitz of L.A. or the media pressure of New York.

Like Sierra, the Rangers have more than money to consider. Losing Sierra would be a public relations disaster. No one has to remind the Rangers how the Astros let Nolan Ryan go and then paid a fortune for a lackluster Jim Clancy. Also at stake is the Rangers’ image among young ballplayers in Latin America. Sierra, pitcher José Guzmán, outfielder Juan González, and catcher Ivan Rodríguez are the results of the organization’s scouting efforts in Puerto Rico. The Latin market is crucial to baseball teams, not only because it is a rich source of talent but also because most Latin players do not go through the draft and can be signed at a younger age and for a lot less money than U.S. prospects can. It makes no sense for the Rangers to emphasize the Latin market if their best Latin players enjoy their best years playing for somebody else.

The Rangers also have to decide whether they can win with the team they have now. “The main thing we need to do,” says Rangers general manager Tom Grieve, “is to increase the depth and talent of our pitching staff.” A new Sierra package, along with the $4 million and change the Rangers pay Nolan Ryan, will eat up any cash reserves that might otherwise be used to improve the team. Does that mean that Grieve might be thinking about trading the superstar?

“The only way you could explain anything like that,” says Grieve, “is that, first, the dollars were too big and we just couldn’t come to an agreement, and second, there was an opportunity for a trade that made the team better than it was before.” In other words, yes, the Rangers are thinking about it.

After the end of last season, the Rangers said they wanted to have the Sierra issue resolved by early December. He currently earns $2.65 million a year, but he turned down the club’s first offer (reportedly under $20 million for five years) in mid-November. Both the Rangers and Sierra’s representatives agreed to delay further negotiations until Bonilla was signed, to get a better idea of the market. The result was not encouraging for the Rangers; Bonilla’s $29 million contract exceeded predictions by $4 million. The Rangers still say they want to sign Sierra, but Sierra’s agents seem content to move slowly, letting the Rangers dangle and increasing the pressure. At year’s end, the two sides had not even discussed new salary figures.

As the start of spring training approaches, the Rangers face the terrible prospect of having to sign Rubén Sierra to a one-year contract and then lose him to free agency. If that occurs, all the Rangers will get in compensation is a first-round draft pick. With it, they can hope to choose a player who, if they are lucky, will turn out in seven or eight years to be as good as Rubén Sierra.