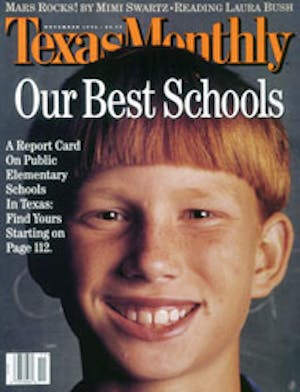 I started working for radio stations in El Paso at seventeen. I played records and ripped wire copy off the United Press International or the Associated Press wires and read it. Then, in 1954, television came to town; so my last year of college I worked for a local TV station. Because there was no such thing as a TelePrompTer yet, I constructed a device. I made it out of wood with my own hands. I bought the rollers—the same ones that you used for old-style blinds. I put a roller at the top and a roller at the bottom. Then I would write the words in block letters on a long roll of butcher paper and load it on this great, huge contraption, which was set by the side of the camera. Someone would roll it as if rolling up a blind, and I’d try to follow it. It was the most ridiculous thing. If only I had been able to invent the TelePrompTer, I’d be worth billions. Instead, my little wooden contraption soon collapsed. It didn’t work—but I was in there pitching. Sam Donaldson, co-anchor of the ABC newsmagazine PrimeTime Live, was born in El Paso, attended school there through the ninth grade, and then returned to enroll at Texas Western College (now the University of Texas at El Paso) in 1951. /p>