Cracks started developing in the glass ceiling at Texas A&M Tuesday night as Samantha Ketcham headed to a runoff in her bid to become the school’s first female yell leader. Ketcham, the first female to make it to the runoff stage, scooped up 3,271 votes, or 21 percent, according to the Bryan-College Station Eagle.

But Ketcham faces an uphill battle: the three male juniors headed for the runoff each won more than 7,000 votes. Each student is able to vote for three senior yell leader candidates. Ketcham has generated a flurry of national publicity with her bid, including a profile in the Wall Street Journal and a mention on NPR’s Morning Edition Wednesday.

UPDATE: After recalculating the vote, it appears that Ketcham is out of the race:

New calculations=no runoff. Congrats to Drew Nelson, Hunter Skoog, & Nelson Ingram! Thanks for all the support, everyone. 🙂 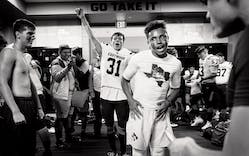 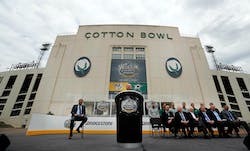