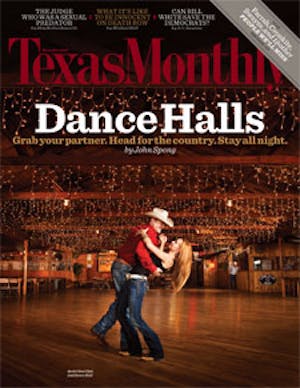 You should definitely try to get to Samar soon, while chef-owner Stephan Pyles is there, spending quality time with his new baby. At any given moment, he might be greeting newcomers, rushing back to the kitchen, or explaining the exotic menu to the tables of downtown businesspeople and arts patrons who have wandered over from nearby museums and performance halls. “Isn’t this fun?!” he blurts out to a group he’s escorting around. The guy is obviously having a blast.

Indeed, it’s almost impossible not to have a good time here, especially if you’re in the main room, with its semi-open kitchen and jangling music. Located on the ground level of a commercial building, the space is defined by tall plate-glass windows, glowing lamp shades, yards of crimson fabric around secret alcoves, and a majestic Syrian beaded chandelier.

Ever the trailblazer, Pyles helped invent Southwestern cuisine in the eighties, then applied a bold Texas veneer to the style in the nineties. In 2005 he veered off into Spanish and Peruvian styles when he opened his signature restaurant, Stephan Pyles. Now he’s cutting an even broader swath through the Iberian Peninsula while also plunging into the bazaars of the Middle East and the Mediterranean. For a restaurant that’s fairly casual and not horribly overpriced, Samar has an ambitious agenda.

A great appetizer to share comes from the menu’s Spanish section, the pimientos de Padrón, addictive small green chiles roasted and sprinkled with hickory-smoked sea salt. But by far the best Spanish dish is the mussels. They are poached in a vinegary, spicy broth, which is then blended with sherry, cream, and pears to make a breathtakingly delicious soup.

After that little showstopper you might be ready for a nap, but you’re only getting started. From the Mediterranean section, try the manti maà lehmè, cubes of spiced beef in pasta (think Turkish wontons) surrounded with a creamy, tart yogurt sauce and swirled with ribbons of hot paprika butter. Definitely order that rather than the two somewhat heavy, boring koftas, one of pumpkin, the other of red lentils.

The Indian part of the menu brings interesting naans, baked to tender fluffiness in a tandoor, along with pungent sauces, like the smoky fenugreek and diced pear—outstanding. But save the calories for the excellent chunky chicken in a wonderfully aromatic masala sauce.

And speaking of calories, reserve a few for the desserts, which are consistently fabulous. Custardy things dominate, the best being the Turkish coffee pot de crème, its taste a heavenly deep espresso accented with whipped cream. The traditional Middle Eastern rose flavor makes a couple of appearances, most successfully in Pyles’s adaptation of a Syrian ice cream of pistachios, rose essence, and the pungent resin of the mastic tree.

And even though you’ve had enough for one visit, you should definitely think of coming back before or after the theater. With a few plates and a glass of wine, you can fortify yourself for the evening ahead or have a relaxing tête-à-tête when it’s over. Bar. 2100 Ross Ave (214-922-9922). Lunch Mon—Fri 11—2:30 starting in December; call for date. Dinner Mon—Sat 5—midnight. Closed Sun.
$$—$$$ W+