Angel Aldana struggled in Texas’ public education system. The eighteen-year-old dropped out of high school twice: first when his parents separated and he had to help support the family, and again when he took a swing at a teacher. Then he heard about Blessed Sacrament Academy Charter High School, a charter school on San Antonio’s South Side. Since enrolling last March, he has not only stayed out of trouble but also passed English with an A after failing it three times elsewhere.

Aldana is one of the success stories of the charter school craze, which has taken hold in Texas since the Legislature gave its stamp of approval back in 1995. Charter schools are public schools financed with state and local tax dollars and run according to state academic standards, but they are managed by parents, teachers, universities, nonprofit groups, or for-profit companies.

Last year 19 such schools were in existence in Texas: 7 in Houston; 2 in Corpus Christi, Austin, San Antonio, Dallas, and Irving; and 1 in Mission and Waco. This fall an additional 41 were scheduled to open, and 59 more could be approved in time for September 1999.

Anyone who lives in the geographical area set out by the charter can go to a charter school; they operate under an open admissions policy. Many of the schools are designed for at-risk students, but not all. Some are set up by parents who are simply tired of the bureaucracy of traditional public schools but can’t afford private school tuition. Some are for students with special needs; others are for the gifted and talented. There’s even a charter school for juvenile offenders in Harris County. “Everything we’re teaching has relevance,” says Penny Weibly, the chief program officer at the American Institute for Learning in Austin, where former dropouts learn geometry and math by building homes for the poor and biology by monitoring water quality at public parks. “We’re trying to break down the walls of the classroom.”

It hasn’t been easy. A Waco school ran into trouble this year when organizers couldn’t find a building to house 650 students; as a result its enrollment has been cut almost in half. A planned school near Caddo Lake in East Texas had financial problems and never opened; it still owes the state $240,000. Even Blessed Sacrament Academy has struggled. In 1996 lower-than-expected enrollment prompted the State Board of Education to demand the return of $300,000 advanced to school officials for teachers’ salaries, supplies, and the like, but the money had already been spent. Although the school remains open, the principal resigned, salaries were cut, and the equipment budget was eliminated. Then there are the TAAS test scores, which have thus far been mixed, ranging from 93 percent passing in the eighth grade at Irving’s North Hills School to 8 percent in the tenth grade at Blessed Sacrament (by the twelfth grade, that rate climbed to 87 percent). “It suggests that charters are not a panacea,” says John O’Sullivan, the secretary-treasurer of the Austin-based Texas Federation of Teachers.

Don’t tell that to Angel Aldana, who hopes to graduate from Blessed Sacrament in December or next May. “They give you the help you need,” he says. “They want you to have a good life.”

By Texas Monthly and Paul Burka

By Texas Monthly and Paul Burka 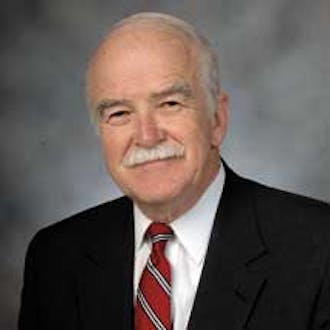