In 2007, on the message boards at Absolutepunk.net, a fan posted a picture of a tattoo he had commissioned featuring a lyric from the long-defunct Austin band Mineral: “How blessed we are.”

Mineral’s frontman, Chris Simpson, has seen his lyrics tattooed on numerous fans since. Simpson finds it flattering but weird, mostly because the band lasted less than four years, released just two albums and broke up in 1997.

“Honestly, I can’t really convey how little real estate in my mind it has occupied,” Simpson said.

Mineral was a seminal emo band. While emo music, with its emotional or often confessional lyrics, started as an underground offshoot of the 1980s hard-core punk scene, the label was eventually attached to hit makers like Weezer, metal acts and even hip-hop. Of late, an emo revival movement is rediscovering the largely do-it-yourself emo scene of the ’90s through a wave of younger acts like Into It. Over It. and the British singer-songwriter Frank Turner, who credit Mineral as an early influence.

But to Simpson, “Mineral was something I’d done and not something I always pined for or hoped to do again.”

Yet late last year, Simpson surprised even himself by mulling a reunion to mark what would have been the band’s 20th anniversary. He had spoken very little with his former bandmates, the bassist Jeremy Gomez, the guitarist Scott McCarver and the drummer Gabriel Wiley, even though they all live in Austin. But after a few rehearsals, the band announced in May a series of reunion dates culminating in a hometown appearance at next weekend’s Fun Fun Fun Fest. In September, they played three sold-out nights at New York’s Bowery Ballroom and two dozen standing-room-only shows on both coasts.

For Graham Williams, a founder of Austin’s Transmission Events and the lead booker for Fun Fun Fun, a last-minute opportunity to add Mineral to his festival was a no-brainer. Williams saw the band perform in Austin clubs like Emo’s and The Electric Lounge in the ’90s, but remembers them being even more popular on the road sharing bills with bands like Jimmy Eat World, The Promise Ring and Texas Is The Reason.

“They toured a lot, broke up quickly, and never got huge,” said Williams, who has seen festival fans come to him in the last several years and describes a Mineral reunion as their dream show. “That’s sort of the perfect recipe for successful reunions. All over the country there’s the original die-hard fans. And then there’s younger fans who were maybe introduced to Mineral by an older brother or sister, but they weren’t old enough at the time to go see them or the band had already long ago broken up. That kind of situation creates nostalgia.”

Simpson also finally committed to reissuing both of the band’s long-out-of-print albums. Last month’s “Mineral 1994-1998” (Arena Rock Recording Co.) combines remastered versions of both 1997’s “The Power Of Failing” and 1998’s “EndSerenading” as a double-CD set. Simpson describes it as “pretty loud music,” a nod to the dynamic shifts from loud to almost pastoral, but does not deny that most would just call it emo, a term that makes him uncomfortable.

“Musically, I think people were connecting to the volume and the passion,” he said, “and sure, definitely the emotional forwardness, the emo-ness. But to me, emo always felt like it had a derogatory connotation. It was like they were belittling the emotional content of the music by pointing it out.”

However the music was labeled, by the late 1990s major labels began seeing the mainstream potential of Mineral and emo-leaning bands like The Get Up Kids, The Promise Ring and Jimmy Eat World. After being courted by industry heavyweights like Arista’s Clive Davis and Interscope’s Jimmy Iovine, Mineral signed with the latter and promised a third album. But before the band could make it, they unceremoniously quit after a tour with The Promise Ring.

“As that tour went on, it just felt unworkable,” said Simpson, who throughout his time in Mineral had dispensable day jobs. “I also naïvely thought I could just take a break and go back whenever. I saw, through subsequent projects, that bands are about the moment, or if you’re lucky, a series of moments, and when you step out you have to find a whole new way back in.”

Simpson’s post-Mineral efforts have included the group The Gloria Record and a series of recordings under the Zookeeper moniker, the latest of which, “Pink Chalk,” was released last month. Zookeeper will tour next year, but Mineral is not quite finished. After the Fun Fun Fun Fest, the band is expected to announce dates in Dallas and Houston. Simpson said he has had too much fun reconnecting with his bandmates and, to his surprise, the music, to close the door again on Mineral just yet. The irony isn’t lost on him.

“For a long time, I saw Mineral as a step back,” Simpson said. “Now I see it as more of a river than a road — what you did in the past is still with you. We’re not going to overstay our welcome, but it’s also finally something I don’t have to run away from.” 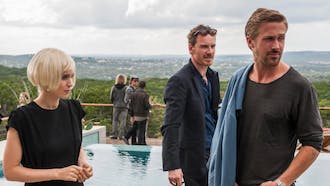 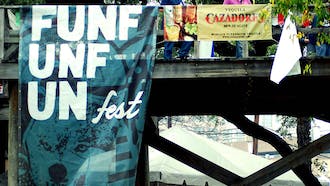 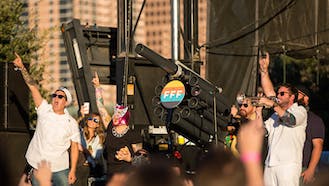 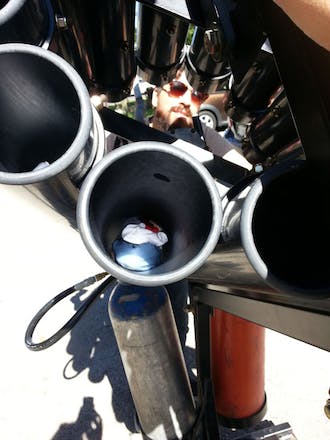 VIDEO: How to Load and Fire the Taco Cannon