TALK ABOUT A HARD ACT TO FOLLOW: No other character actress is quite as memorable as Shelley Duvall. Her artless manner and strange but striking looks quickly won over moviemakers and moviegoers alike. Longtime New Yorker critic Pauline Kael called her “bizarrely original…able to be herself on the screen in a way that nobody has ever been before.” Though a succession of early roles have preserved her on celluloid—and in many fans’ minds—as an eternal ingenue, Duvall, who turns fifty this month, has long promoted as well as emoted: Her tenacious lobbying for quality children’s programming helped inspire the wealth of commendable works that enliven cable, PBS, and network television today.

She was born in Houston on July 7, 1949, and grew up there. In 1969 she had a job selling cosmetics at Foley’s when, at a party, she met director Robert Altman, who was in town to film Brewster McCloud. He promptly cast her as a randy Astrodome tour guide.

She became a regular in Altman’s seventies films, appearing in McCabe and Mrs. Miller, Thieves Like Us, Nashville, and Buffalo Bill and the Indians. In 3 Women she played a surreal nursing-home aide, a star turn that won her two best-actress awards, at the Cannes Film Festival and from the Los Angeles Film Critics Association, in 1977. Her last Altman gig was in Popeye (1980); although she was perfect for Olive Oyl, Paramount Pictures had first lobbied to cast comedienne Gilda Radner instead.

Duvall has also worked with directors Woody Allen (Annie Hall), Terry Gilliam (Time Bandits), Tim Burton (Frankenweenie), Jane Campion (The Portrait of a Lady), and Steven Soderbergh (The Underneath). Her part in Stanley Kubrick’s The Shining was, she once said, “the most difficult role I’ve ever had to play”; the famously meticulous director demanded as many as 127 takes per scene.

Though childless herself, Duvall collects vintage children’s books, a passion that inspired her to try her hand at producing classic tales for TV. In 1982 she introduced her first cable series, Faerie Tale Theatre, whose debut episode showcased her Popeye co-star, Robin Williams, as the Frog Prince. Thanks to the series’ success, she was able to launch five more: Bedtime Stories, Tall Tales and Legends, Nightmare Classics, Shelley Duvall Presents Mrs. Piggle-Wiggle, and Mother Goose Rock’n’ Rhyme. She has cast herself as Rapunzel, Clementine, and Little Bo-peep, among other roles.

In 1994 an earthquake severely damaged her home in Los Angeles, where Duvall continues to act, direct, and produce. 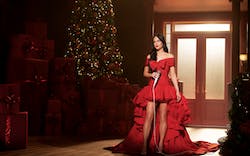