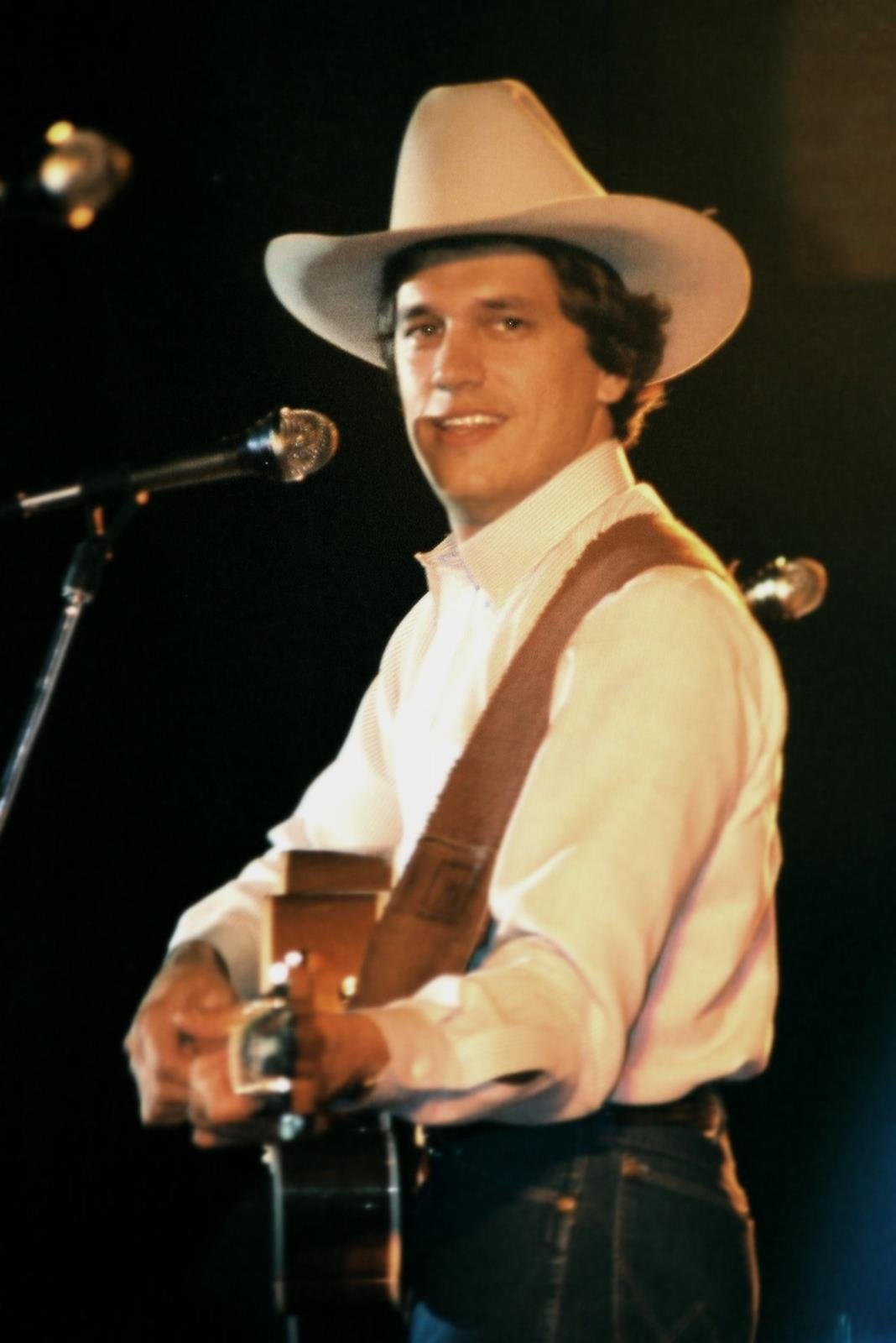 George Strait wasn’t the only unknown artist getting the Big Push from MCA-Nashville in the early eighties, or even the only one from Texas. James and Michael Williams, two sibling singer-songwriters from the Valley who played under the name the Younger Brothers, signed with the label in 1981, just about the same time Strait did. Promoted as an Everlys-esque duo with emphasis on their close vocal harmonies, the Youngers notched a Top 20 single with “Nothing But the Radio On” in 1982. When MCA sent Strait on his first label-supported tours of Texas, the brothers were booked to open.

Their bass player was a San Antonio boy named Tom Kotzur, who also happened to be a budding amateur photographer. Armed with a brand new Canon AE-1 and the strongest zoom lens he could afford on a sideman’s pay, Kotzur spent his post-performance time chronicling the headlining act, who was rapidly scaling heights the Youngers would not reach. Now 65 and working as a delivery driver in Nashville, Kotzur reached out to Texas Monthly after seeing Strait’s portrait on the cover of our June issue. He said he had old photos of the singer that had never been published, and he asked if we were interested in looking at them them. We bit. Below are some of those images, all taken as Strait was exploding in 1984, along with Kotzur’s memories of country music history in the making. I can’t remember the first time we played with him. It may have been a showcase in Houston, a private show for people from the label. Before that, I hadn’t heard him yet and didn’t know much about him. I knew he was big in Texas, but I counted that as local, and we had a pretty good following in Texas, too. But you could see his potential to be a big star right away. He had a great voice, and his band had a great sound, mostly western swing. And he just had that look, that certain something. In some of these old photos it looks like someone must have told the girls to look madly in love with him. Nobody needed to do that. Girls went crazy for him. They’d hold up his pictures. They’d scream and holler his name—but not while he was singing. They wanted to hear the songs. They wanted to hear his voice.

When “You Look So Good in Love” came out, girls started throwing boots on stage. It wasn’t keys. It wasn’t underwear. It was boots. James Williams was on George’s bus after a show once and George told him, “When I was in high school I was really shy. Girls wouldn’t come after me, and I was too shy to chase after them. Now just look at them. It’s like I’m a big old piece of meat.” James just laughed and said, “We feel so bad for you.”

Like these girls. They were right there, on the front row—and one of them has binoculars. She’s right underneath him. What’s she looking at? His eyes? His lips? Those girls were so dreamy-eyed. They must be 60-something-years old now. I’d love to find them and hear what they were thinking. George was more popular by the time I took this one. Once he started having No. 1’s he got a bus. But there he is, standing in the doorway signing autographs. There’s no security, but still he’s not getting swarmed. The fans were orderly, taking turns. Everybody wanted a piece of him, and he always let them have one. It was weird that somebody who wasn’t really communicating with the crowd, who wasn’t talking between songs, could hold an audience the way he did. All he did was stand at the microphone, hold his guitar and sing. And the fans fell all over him. He’s pretty much now the way he was then. He sang those songs, and that was enough. When we first went out with him, when we went to those first gigs, he was in a van pulling a trailer, just like us, and we played dance halls and small clubs. Then, to celebrate his first number-one, George got an RV, maybe a 30-footer. And as he had more number-ones, along came the bus and bigger venues. Suddenly it was wall-to-wall people. It was hard opening for someone getting that big. The fans were anxious to get to the headliner. But it was great, too. We’d play with a nice, big soundsystem, have guys doing lights. We’d been doing all that ourselves. But now, when you played with George, that was taken care of for you.

I didn’t expect him to become the biggest star ever. I didn’t think, “Maybe someday he’ll be as big as George Jones,” mainly because I wasn’t thinking about those kinds of things. But it was amazing to me, after we quit opening for him, to realize, “Wow, he just keeps on having hits and winning awards.” It felt good. I felt privileged to have been there at the very beginning.