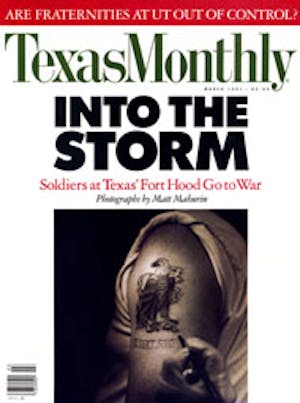 The cooking of Northern Mexico got its spark from ranching culture, in which food was prepared with indigenous ingredients and cooked over a wood fire; it has long been over-shadowed by the more glamorous and complex cuisine of the South. But former restaurateur James W. Peyton of San Antonio redresses the imbalance in his just-published cookbook, El Norte: The Cuisine of Northern Mexico (Red Crane Books, $14.95). This version of his chipotle enchilada recipe vividly captures the fervent flavors of a region settled by frontiersmen and worked by vaqueros who improvised meals with what was on hand. A need for inventiveness is something that even modern Texas cooks can identify with.