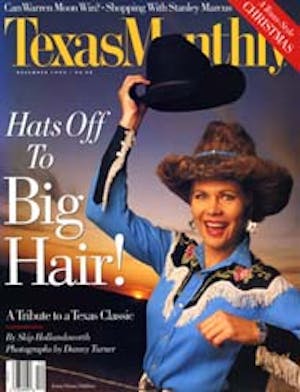 Resolutely international, Austin’s Clarksville (1205 N. Lamar) draws on a world of culinary influences, from the Far East to South America. A creation that melds the traditions of two continents is the irresistible fried soft-shell crabs in moqueca sauce. The dish originated in northeastern India as pokeka, a seafood stew. From there, Portuguese traders carried it to their country’s colony of Brazil, where the name of the dish became “moqueca” and it turned into a Brazilian bouillabaisse. The Clarksville chefs have further modified the sprightly recipe, which incorporates lime juice, coconut milk, and tomatoes; it goes beautifully with biscoitos de queijo (cheese-and-potato biscuits).