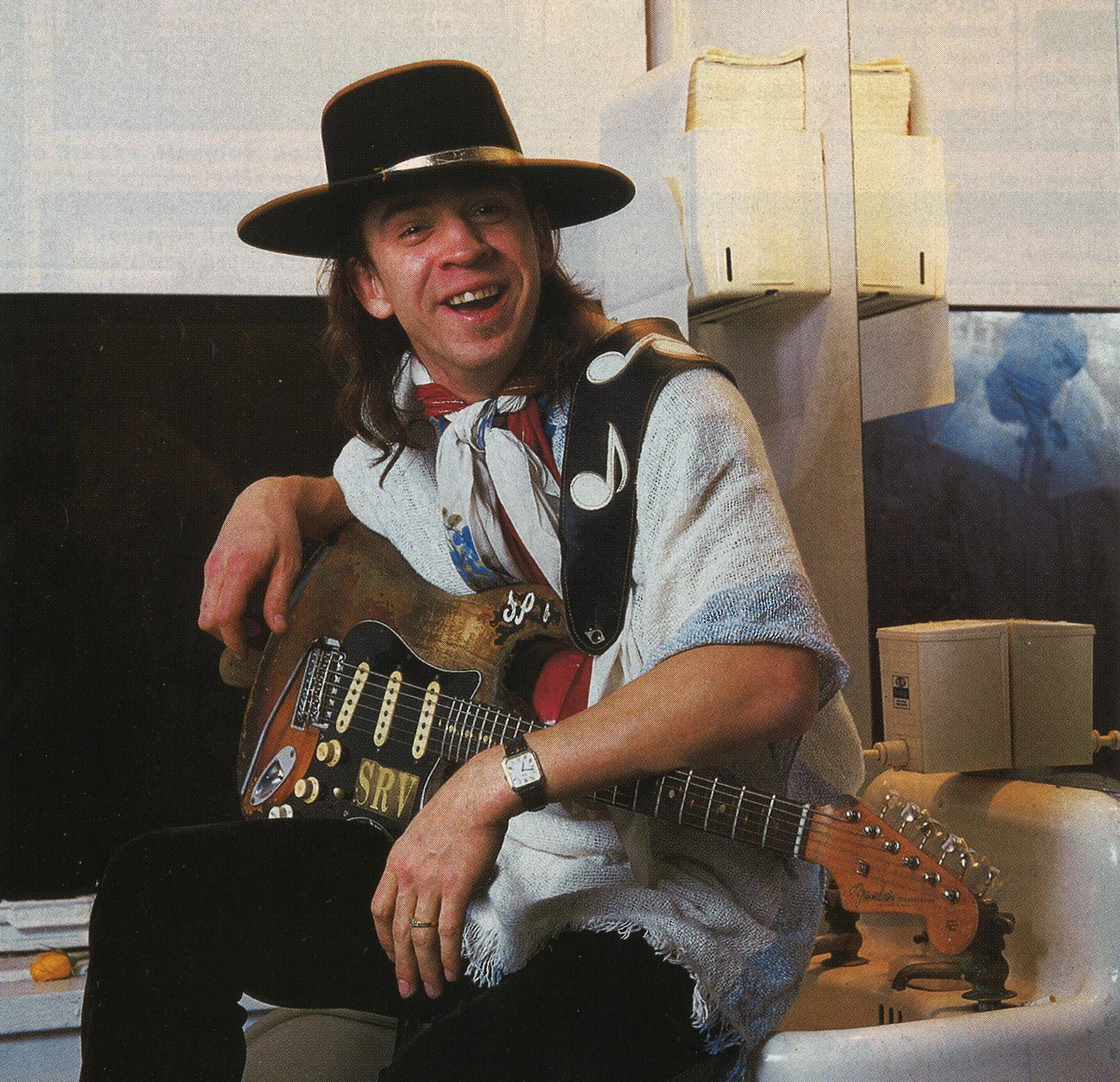 He lived fast and loved hard, but it is his talent, not his early death, that has elevated him to blues immortality. Stevie Ray Vaughan — also known to fans as “SRV” or “Stevie Rave On” — was the best Anglo blues guitarist who ever lived. Original songs such as “Pride and Joy,” “Love Struck Baby,” and “Couldn’t Stand the Weather” showcased his prodigious talent and his wailing Stratocaster; he was almost as well known for his favored stage outfit of poncho and broad-brimmed hat. Ten years after his death, at the age of 35, Vaughan is still a force in Texas blues. Admirers regularly leave flowers, candles, and guitar picks at his statue on Austin’s Town Lake and his grave in Dallas’ Laurel Land Memorial Park. He was born Stephen Ray Vaughan in Dallas on October 3, 1954, and grew up in the city’s Oak Cliff section (as did another blues great, T-Bone Walker). At age six an operation to relieve sinus problems left him with his distinctively flattened nose.

His musical role model was his older brother, Jimmie, a fellow blues guitarist who would also acquire fame and fortune, notably as one of the Fabulous Thunderbirds.

Vaughan dropped out of high school in 1972 and soon moved to Austin. Progressive country ruled then, but he stuck with the blues, playing with various bands, including the Nightcrawlers and the Cobras. In 1976 he formed his own band, Triple Threat Revue, with singer Lou Ann Barton and bassist W. C. Clark; it later morphed into Double Trouble, featuring Tommy Shannon on bass and Chris Layton on drums.

His appearance at Switzerland’s Montreux Jazz Festival in 1982 proved to be his big break. Jackson Browne offered him studio time, and David Bowie enlisted him to play on the albumLet’s Dance. In 1983 he and Double Trouble finally nailed a record deal; Texas Flood was released that year on the Epic label. Ultimately, Vaughan recorded six albums, all of which would go platinum.

During the eighties, Vaughan and Double Trouble toured Europe, Australia, and Japan and worked with many musical greats, including Eric Clapton, Albert King, B. B. King, and Muddy Waters.

By 1986 Vaughan was downing seven grams of cocaine and a fifth of Crown Royal a day. After a life-threatening collapse, he entered rehab and went straight.

On August 27, 1990, Vaughan finished a concert at Wisconsin’s Alpine Valley ski resort and boarded a helicopter to fly to Chicago. Shortly after takeoff, it crashed, killing everyone on board.