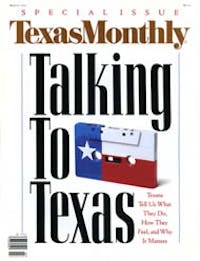 Inside the windowless war room of the South by Southwest Music and Media Conference, not far from the campus of the University of Texas at Austin, casually dressed young people scurry about with a quiet sense of purpose. They plop themselves in the mismatched chairs to field faxes, organize meetings, confirm panelists, and answer phone calls from some of the 1,200 entrants wanting to know if their band was selected to perform and (theoretically) get their big break playing in front of record-business decision makers.

Conference director Roland Swenson glances at a chalkboard on the wall and tells someone on long distance, “Right now we’ve got an intensive and three workshops in every time slot—that’s a total of forty-four intensives and workshops.” Looking up at the same chalkboard, I decide that I’d rather attend “Meet Deutschland” than drop in on “Grassroots Band Development” and that “Dead Van in the Middle of the Road” sounds far more interesting than “Cracking the Hot 100.” As for the intensives, technical panels with restricted attendance, they seem too intense for me.

Then again, I’ll be attending the fourth SXSW, March 14-18, for different reasons than most of the two thousand participants. I’m partial to the festival, which packs Austin clubs with more than 300 acts and 5,000 fans over four nights, sort of a Battle of the Bands for industry tastemakers. But others, from as far away as Washington, D.C., Washington State, and several foreign countries, come for the seminars and trade shows and schmoozing. The big shots get a chance to hear more new, undiscovered music than they can anywhere else in the United States in a given week, while all those undiscovered musicians and their managers, producers, publicists, and other wannabees can learn about the business of music up close and showcase their work in front of those same big shots.

In spite of the obvious success of the conference, which injects $1.5 million into the local economy, the organizers have steadfastly kept the event a low-budget affair. Besides Swenson, there are about ten employees who earn slightly more than minimum wage during the months preceding the event and more than two hundred volunteers, who at the moment are stuffing envelopes with rejection letters to the entertainers who didn’t make the cut.

“Our first concern is quality,” says Louis Black, a co-director and the editor of the Austin Chronicle, which sponsors SXSW, explaining why the organizers have refused to get greedy. “Any money we make is plowed right back in so we can do it better next year.” Then there’s the “groovy” factor: “In the best of all possible worlds, we could be doing a lot to make more money, but it honestly is so exciting. When it’s over, we’re all bone-tired, but we’re positively glowing. The bands love it, the town loves it, the industry loves it, and we’re not ripping anyone off.”

The event does get results. Scores of artists have secured recording contracts as a result of SXSW. Two years ago it was Dangerous Toys, an Austin heavy metal band with a minuscule following. Co-director Louis Meyers, who schedules bands in the clubs, picks up the Star Is Born storyline: “They were on the last slot on the last night at the Back Room and weren’t very happy about it. But there were representatives from SBK Publishing in the audience who heard them and loved them. They signed Dangerous Toys to a songwriting contract and helped them get a record deal with Columbia. At last count, the band has sold five hundred thousand albums.”

Getting the industry suits together with the kids on the street has other, less obvious dividends. Swenson recalls, “When I was managing a band a few years ago, it was easier to get gigs in New York than in Dallas. SXSW has changed that. We’ve brought the region together as one single marketplace.” Swenson is interrupted by another phone call. When he’s finished, he mumbles, “Cool. Channel Thirty-six will be one of the cosponsors.” The pace in the war room picks up. How many hotel-room nights are we up to now? Have we confirmed the keynote speaker? The price list for customized caps for the softball tournament is in, and there’s an irate caller from Raleigh on line one complaining about one of the bands selected from North Carolina. The convention is still weeks away, and crises keep on coming. 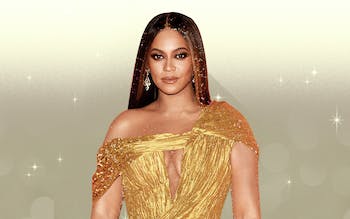 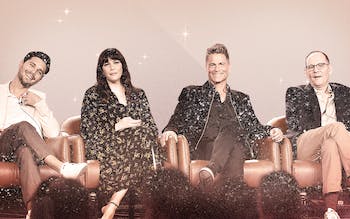