Q: I was born, raised, and have always lived in Texas. Growing up, my dad would often tuck his jeans into the shafts of his boots. To this day, I prefer to do this as well. I don’t see the point in hiding all of the nice embroidery that is put into each boot. Furthermore, the exposed leather of the boot protects your jeans. Several of my colleagues have pointed out that tucking your jeans into your boots looks ridiculous. I disagree. What is your take?

The Texanist is not, you’ll be glad to know, one of those who is diametrically opposed to ever tucking one’s jeans into one’s boots, but he is not generally a tucker himself. He will, though, tuck at times. When he’s out in the country, for instance, the Texanist often tucks. Once, when he was little, on a morning after he’d been out clearing mesquite, he was quite distressed to discover that a pesky tick had invaded his nether regions and embedded itself quite thoroughly into the most sensitive part of that area. Since that time, whenever the Texanist finds himself in the sticks, he will, recalling that traumatic childhood encounter, wear his boots with his jeans tucked in. The thought is that doing so discourages would-be intruders from accessing areas they should not have access to. But when the Texanist is in the safety of a tick-free area, such as an urban setting, he doesn’t tuck.

In technical terms, the act of tucking is known as “blousing.” It seems to have been a common practice among early Texas Rangers and other figures of the Old West who, the Texanist suspects, tucked out of necessity. They were, after all, out on the tick-filled frontier as often as they were not.

Of the trio of reasons you offered for tucking—to protect the jeans; to display the fancy stitching; and because your daddy used to do it—the Texanist is only buying the last one. One could, after all, argue that wearing your pants over your boots would protect the fancy stitching, which is surely more valuable than any single pair of jeans. And one could further argue that just because something features fancy stitching, that doesn’t necessarily mean you have to put it on display for the general public’s consumption. For example, do you not have one or two pairs of intricately-designed skivvies earmarked for special occasions? You know, underwear that is different from your everyday, slightly worn-out, holey undershorts with dangerously weakening elasticity in the band? The kind of underwear you wear when you… well, it appears the Texanist has digressed once again. He is sorry. Suffice it to say, you don’t always have to flaunt your finery.

With all of that having been said, the Texanist will now summon his inner Mr. Blackwell and try to determine whether you look ridiculous with your jeans tucked into your boots. But before he does so, let him first ask a few pertinent questions. Are you a nineteenth-century Texas Ranger? Is your closet full of western-style bib shirts? Do you have a drawer full of large kerchiefs? Do you often wear gigantic twenty-gallon cowboy hats? Do you spend most of your time atop a horse? Wait, the Texanist knows the answers to these. Instead, let him ask the only question that matters, the one you ought to ask of yourself: “No matter how ridiculous I look, do I really give a damn what anybody thinks when I tuck my jeans into my boots?” 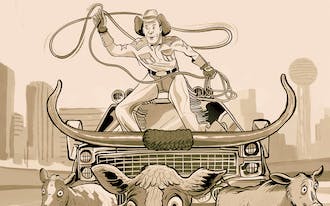 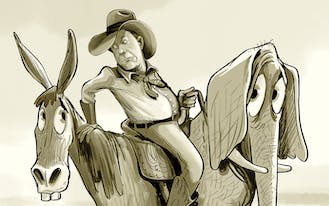 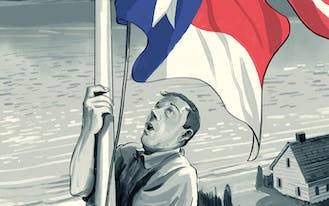