Lackluster Video
Blockbuster’s financial flop continues: Dish Network, which bought the McKinney-based movie rental chain out of bankruptcy a year ago, announced this week that it plans to close five hundred Blockbuster stores, about one-third of its remaining locations, according to the Houston Business Journal. At the time of the acquisition, Dish said it hoped to keep at least ninety percent of the stores open.

The Bottom Line: Like its now-defunct former competitors Hollywood Video and Movie Gallery, Blockbuster took a beating from streaming and DVD-by-mail services such as Netflix. At its peak, the company operated more than 4,000 locations in the U.S.

Exports of Import
U.S. exports increased by $202 billion from 2010 to 2011, due in large part to expanding international business in Texas, which contributed $43 billion to the total increase. The Houston Business Journal reported that national exports reached a record high of $1.48 trillion last year. An International Trade Administration analysis credits Texas’ success to strong trade with Mexico ($86.6 billion last year) and petroleum exports from the Gulf.

The Bottom Line: Texas’ role in boosting the national economy begins at home: The jobs of more than one-quarter of manufacturing workers in the state depend on exports, according to the ITA. And of the more than 25,500 companies that exported from within Texas in 2009, 93 percent were “small- and medium-sized enterprises with fewer than 500 employees.”

Buffett’s TXUnwise Investment
Berkshire Hathaway CEO Warren Buffett didn’t mince words in his annual letter to shareholders last weekend in describing the value of his investment in the company formerly known as TXU. Leading off a list of “developments that hurt us during 2011,” Buffett wrote that his 2007 purchase of $2 billion in bonds from Dallas-based utility provider Energy Future Holdings “was a mistake-–a big mistake.”

The value of the bonds was down to $878 million at the end of 2011, due primarily to sharp decreases in the price of natural gas. As the Houston Chronicle noted, Buffett had expected gas prices to rise, but they soon fell off sharply “as new deposits were discovered, creating a glut in the market.”

The Bottom Line: Buffett cautioned shareholders that “if gas prices remain at present levels, we will likely face a further loss, perhaps in an amount that will virtually wipe out” the investment.

Bazaar on the Market
Investors are rallying around Austin software firm Bazaarvoice after the company raised $114 million in its initial public offering last week. The Austin American-Statesman reported that analysts had expected shares to sell for $8 to $10 each in the IPO, but they were instead valued at $12 apiece, closing out its first day of trading with a 37 percent increase to $16.51.

The Bottom Line: Bazaarvoice, which makes software to help companies manage online customer feedback, is finding success at an ideal time—through its first seven years, the firm “has never been profitable,” the Statesman reports. The company lost $17.5 million in the last three quarters, but this early vote of confidence could be the boost it needs to turn the corner.

A composite of thirty metro areas in the FNC Residential Price Index dropped in value by more than thirty percent in that period. Not all Texas cities have rebounded to the same extent — Dallas has experienced a 10 percent decline since the four-year peak.

Loser of the Week: Dublin Bottling Works (Again)
A little more than a month after losing the rights to distribute Dublin Dr Pepper, Dublin Bottling Works is now on the verge of parting ways with another sugary beverage purveyor. The company’s owner told the Dallas Observer last week that Big Red is ending its relationship with his company a year after it began. Like its sister soda Dr Pepper, Big Red was born in Waco, and until now, a sugarcane-sweetened version of the soda was bottled at the Dublin plant.

The two companies have more in common than the same hometown—Dr Pepper Snapple bought a minority stake in Big Red in 2008, leading some in Dublin to speculate whether Big Red’s departure is related to the soda turf war of 2012. 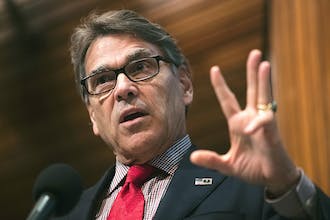