According to the Times, several cities on the list are “virtually disqualified by the requirements” imposed on host cities, such as having at least 45,000 hotel rooms, a large public transportation system, and a workforce of 200,000 people to build housing and other facilities. Of the four Texas cities, only Houston would meet the hotel requirement, with 60,000 available rooms.

The Bottom Line: The USOC has two years to choose a city to represent the U.S. in the global bidding campaign, and the International Olympic Committee will choose the host in 2017.

JCP: Up in Coke
Still reeling from an ill-fated shift in retail strategy, J.C. Penney has enlisted the help of a seasoned expert in that area: Sergio Zyman, the mastermind behind the infamous New Coke debacle of the ’80s. The Plano-based retailer has been in a financial tailspin since CEO Ron Johnson came aboard in late 2011, and this week the company reported a 32 percent decline in same-store sales for the fourth quarter.

In a conference call, Johnson said he has hired Zyman to consult on JCP’s marketing efforts. As Business Insider points out, Coca-Cola’s failed attempt to replace its classic soda with New Coke in 1985 “went down in the books as one of biggest marketing flops of all time,” resulting in widespread consumer backlash and a hasty return to the original formula. Zyman was Coke’s chief marketer at the time, and he made his exit from the company the following year.

The Bottom Line: In addition to his soft-drink experience, Zyman has also served as a board member at The Gap and leads his own marketing firm, The Dallas Morning News reports.

Imports and Eh-xports
Canadian economic representatives met with Texas legislators this week to express the country’s support for strengthening trade ties with the state. The Austin Business Journal reports the Consulate General of Canada’s presentation to the House Committee on International Trade and Intergovernmental Affairs outlined the current state of Texas-Canada trade and identified opportunities for future growth.

Canada is second only to Mexico among Texas’ international trading partners, with bilateral trade totaling $36.9 billion annually, according to the ABJ. Texas exports $2.1 billion in plastics to its far-north neighbor each year, and it imports about $1.1 billion in crude oil from the country.

The Bottom Line: A key factor in the future course of the Texas-Canada trade relationship is the development of the Keystone XL pipeline, which is being overseen by TransCanada Corp. The Associated Press reports that construction on the portion of the line between Oklahoma and the Texas coast is about halfway completed. Texas currently imports about 2.7 million barrels of oil from Canada each day, a number that would increase significantly if the pipeline project goes through as planned.

Winner of the Week: Lactose Tolerance
The sale of unpasteurized milk in Texas is currently limited to on-site purchases at dairy farms, but House lawmakers are considering new legislation that would make it easier for customers to come by. House Bill 46, introduced by State Rep. Dan Flynn, R-Canton, would allow milk producers to sell their products at farmers markets, fairs and flea markets, which could double or triple milk sales for some farmers, The Texas Tribune reports.

Some critics of the bill cite “concerns about regulation and health risks” including bacterial illnesses, and a State Health Services official told lawmakers the measure could increase costs to the state due to the need to hire additional inspectors and lab technicians.

Loser of the Week: Cargill
Drought-stricken Plainview was the focus of a New York Times profile this week about the economic devastation brought about by the persistent lack of rainfall in the region. The West Texas town’s largest employer, the Cargill beef processing plant, closed down in February due to a steadily dwindling cattle supply, leaving its 2,300 employees out of work. The company’s annual payroll had been $55.5 million. Plainview officials told the Times that the closing will have major fallout for the town, including a population decline and a drop-off in public school enrollment as families leave town for new jobs. 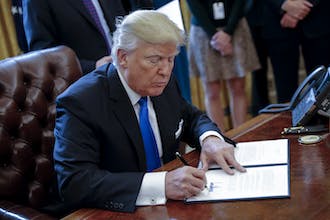 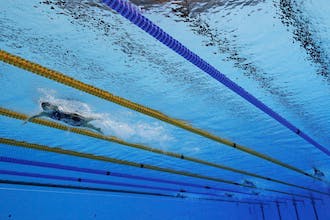 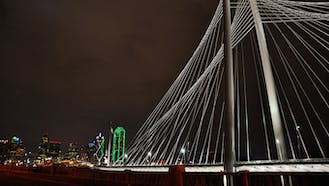 Is Dallas a True International City?