Surge Results
Google announced in a blog post this week that it has invested about $200 million in a 161-megawatt wind farm in the Texas panhandle. Spinning Spur Wind Project, which generates enough electricity to power more than 60,000 homes, began full-time operations in December, according to the company. Located 35 miles from Amarillo, Spinning Spur is the eleventh renewable energy project Google has invested in since 2010. Those projects generate a combined total of more than 2 gigawatts of electricity, TechCrunch reports.

The Bottom Line: The search giant said it is expanding its clean energy portfolio because renewable projects “offer attractive returns relative to the risks and allow us to invest in a broad range of assets.”

Shadow of a Drought
Texas rice farmers appear to be heading toward a dry summer after the Lower Colorado River Authority approved a plan this week that will likely cut off their access to irrigation water from Central Texas lakes. The LCRA will ask state environmental regulators for emergency drought powers that will allow it “to withhold releases from rice farmers if the combined storage of lakes Travis and Buchanan … is less than 850,000 acre-feet on March 1,” the Austin American-Statesman reports.

The lakes are now 24,000 acre-feet short of that threshold—enough water for more than 70,000 Austin households—and it would take a considerable amount of rainfall to make up the difference, according to the Statesman.

The Bottom Line: Under a previous LCRA plan approved in November, the state would have released irrigation water to rice farmers if the lakes contained only 775,000 acre-feet of water, but the new plan raises that minimum by almost ten percent. According to StateImpact Texas, “sustained vocal opposition by state senators Troy Fraser and Kirk Watson, as well as the City of Austin” prompted the LCRA to draft the new proposal.

R&D ROI
A newly formed group of Texas business leaders hopes to persuade state legislators to support research and development incentives that could help bolster the state’s manufacturing sector. The Austin Business Journal reports that the Texans for Innovation coalition is pushing two main policy objectives: an extension of a sales taxes exemption for materials and equipment used in R&D, and a reinstatement of an R&D tax credit that was repealed in 2006.

The Bottom Line: According to Texans for Innovation, “Texas is one of only seven states that has a broad-based business tax but that does not allow a credit for investment in research and development,” which could jeopardize future investment and job growth.

Winners of the Week: Houston-to-China Commuters
The City of Houston is getting closer to reaching a deal that would create a direct flight from Houston to China, a move aimed at facilitating business travel. Mayor Annise Parker wouldn’t specify which airline would carry the flight but told reporters the agreement could be announced within the next few weeks, the Houston Chronicle reports. City council staff said Air China plans to offer four nonstop flights each week between Houston and Beijing starting in July.

The Houston Business Journal reports that a nonstop flight would be welcome news for Houston companies that have major business operations in China, including ConocoPhillips and other oil and gas firms that are rapidly expanding shale gas operations in the country. Manufacturers and financial institutions with ties to China would also benefit from the deal.

Loser of the Week: Bazaarvoice
The U.S. Justice Department is accusing Austin social commerce firm Bazaarvoice Inc. of violating federal antitrust laws with its purchase of rival PowerReviews Inc. last June for $168 million. Both companies manage online reviews and social media communications for their clients. The DOJ’s lawsuit, filed on Thursday, claims “that the required antitrust clearance was never sought and that the deal reduced competition for product ratings platforms,” Reuters reports.

The company’s stock dropped by fifteen percent on the news of the lawsuit, which asks the court to “require Bazaarvoice to divest certain assets, and by doing so create a new company to replace PowerReviews.” 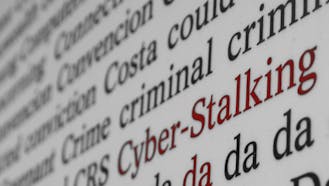 Texas Business Report: The Stock Market Got a Bit Craftier