On Wednesday night, Texas executed a man prosecutors say was a serial rapist and murderer. He was the fourteenth man put to death by the state this year.

Ramon Hernandez, 39, was sentenced to death for the 2001 slaying of  Rosa Rosado, who he abducted from a bus stop in San Antonio. The body of the 37-year-old single mother was later found in a shallow grave, Michelle Mondo of the San Antonio Express-News reported.

Hernandez came across Rosado at the bus stop when he was driving around with his friend, Santos Minjares, and his pregnant girlfriend, Asel Abdygapparova, a graduate student from Kazakhstan, according to the AP’s Michael Graczyk. When Rosado wouldn’t let go of her purse, Minjares pulled her into the car. They then bound and gagged Rosado before driving her to a motel where she was raped and killed, according to the Attorney General’s office.

Minjares was also sentenced to death, but died in prison in January of natural causes. Abdygapparova, who bought the shovel used to bury Rosado and later contacted police to tell them about the slaying, received a life sentence, which was overturned in 2007. She is currently held at Bexar County Jail pending a new trial, Mondo reported.

DNA evidence later linked Hernandez to the 1994 rape and murder of two middle school girls, Sarah Gonzales, 13, and Priscilla Almares, 12. The girls were cousins. Graczyk noted that police believe he killed two other 15-year-old girls within days of the other slaying. Hernandez was on parole for rape at the time of Rosado’s murder.

Looking at his brother, the only member of his family to witness his execution Wednesday, Ramon Hernandez asked him to tell everyone he loved them.

“Did I ever tell you, you have dad’s eyes?” Hernandez said to his brother.

His brother, standing close to the glass and crying said: “I love you.”

Hernandez continued, to his brother, “I’m sorry for putting you through all of this. . . . I am very sorry for all of the pain. I love them all, tell mom, everybody.”

Another man, Preston Hughes III, is slated to be executed Thursday evening for the 1988 slaying in Harris County of a 15-year-old girl and her 3-year-old cousin. 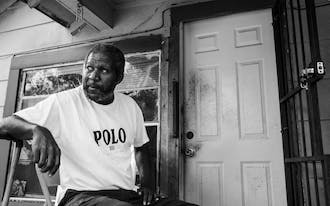