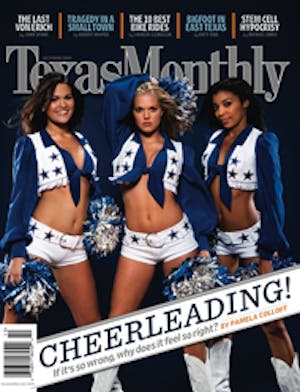 The Alamo has long been a hybrid symbol of both sacredness and savagery, of glorious death in a fateful 1836 battle. But look past the gunfire scars in the limestone to discover a building that has constantly reinvented itself as its purpose has changed.

The story of the Alamo as we know it today started in 1724. In the city of San Antonio de Béxar, Spanish missionaries started construction on Convento (known today as Long Barrack). Along with a church started in 1744, this complex was dubbed Misión San Antonio de Valero. Its sole purpose was to convert native Indians to the Spanish brand of Catholicism.

In 1793 Spanish officials seized San Antonio’s five missions from the church and distributed its lands to local farmers. And later, in the 1800s, the Spanish military stationed the Second Flying Company of San Carlos de Parras, a cavalry unit, at the former Misión San Antonio de Valero. Soldiers at the post began to refer to the complex as the “Alamo” (Spanish for “cottonwood”) after their hometown of Alamo de Parras, Coahuila. Local residents joined in, and soon everyone was calling the place the Alamo. Along with the cavalry headquarters, Spanish officials established the first known hospital in Texas in the Long Barrack.

Soon Mexico won its independence from Spain, and with the onset of the Texas Revolution, the Alamo changed hands twice. (It was a base for Mexican rebel forces, then Texan, then Mexican again until the Revolution ended.)

In December 1835 Ben Milam led both Tejano (any Hispanic Texan since 1833) and Texian (any Anglo American living in a Texas colony) volunteers against Mexican forces occupying the city. After five days, General Martín Perfecto de Cós surrendered the Alamo to Milam’s men, setting the stage for General Antonio López de Santa Anna’s arrival on February 23, 1836, and victory at dawn on March 6, 1836.

The Alamo had seen its share of change between its construction and the Battle of the Alamo however. In the decades after its completion, the roof arches and bell towers fell as the original walls collapsed. Renovations commenced intermittently, but there was so much rubble by the time of the Texas Revolution that Mexicans fortifying the Alamo moved it to the east end to construct a cannon platform.

Mexican troops laid waste to the Alamo following the Battle of the Alamo, tearing down walls including a log wall known as Crockett’s Palisades. The church remained in ruins for years, but the U.S. Army renovated it in 1850. The Army added a roof and the world-famous “hump,” a curved parapet in architectural terms, to the previously flat-topped facade.

From 1847 to 1876, the Alamo was mainly used as a quartermaster depot of the Army, which soon relocated to Government Hill, the site that would eventually become Fort Sam Houston. Soon merchants opened a general store on the grounds of the semi-deserted Alamo, adding expansions that were luckily stripped away to the authentic, original structure in 1913.

The state of Texas saved the church by purchasing it in 1883, but the state didn’t buy Long Barrack. The Daughters of the Republic of Texas (DRT) bought it in 1903 and gifted it to Texas, which, in turn, granted the DRT custody of the historic site in 1905.

Since then, the Alamo has taken on a new mission, so to speak, as an international symbol and a source of pride for the growing city of San Antonio. More than 2.5 million people visit the 4.2-acre “Shrine of Texas Liberty” each year. Visitors will find the Alamo situated in what is now known as Alamo Plaza in downtown San Antonio, a short stroll from the River Walk.

Tourists approaching Alamo Plaza are greeted by plots of land that are inaccessible to pedestrians. Many consider this earth hallowed ground, and some people even say Santa Anna burned the fallen Texans’ bodies on pyres where these sacred lawns rest today. After having their pictures taken in front of the Alamo’s battered facade, visitors enter the Shrine (the former church), where the structure proudly displays some of its artifacts, from a flintlock rifle used in battle to famous flags of the Texas Revolution.

But the tour doesn’t end here. Five gates along the Alamo’s long outer walls provide entrance to the Alamo’s outdoor attractions. The Calvary Courtyard displays several cannons used in the Battle of the Alamo. And it’s hard to miss the majestic live oak tree nearby, planted in 1914 to beautify the courtyard.

On one side of the Convento Courtyard stands the Wall of History, which explains the Alamo’s 300-year-old tale. On the other side is the Long Barrack Museum, created in 1968 and home of the Clara Driscoll Theater, where visitors can watch historical videos. Don’t forget to check out the lush flower beds at nearby Alamo Gardens on your way back indoors and, of course, the gift shop, a necessity since the DRT run the Alamo solely with donations and sales from the store (admission is free).