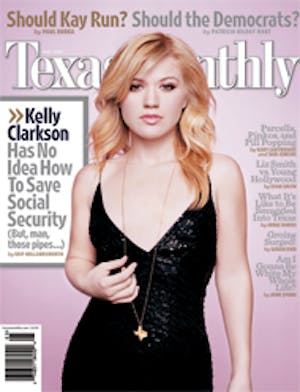 For decades small groups of young Texans have had a hand in running the state, whether it be by delivering important documents or by making copies. These entrusted employees—oftentimes called pages and messengers—have stuffed envelopes, run errands, and brought legislators their lunches (and cigarettes). Oddly enough, the origins of the page and the messenger are not clear. The earliest record of pages comes from an article in the January 11, 1882, issue of the Austin Daily Statesman, which stated: “Mrs. Huberich, our popular milliner, has some intelligent bright little boys she wishes to be remembered by the Legislature by selecting them as pageship for one of them, who will serve the members well.” In those days, the pages were referred to the state legislature by word of mouth, and because of the strict dress code, only those who owned suits could serve as pages.

The page program developed in both the House and the Senate to include 25 school-age students (junior high school students) per session. However, the limitations that came with young age were too great: Pages were too young to work during late-night sessions when legislators needed errands run. There was also the problem of school attendance, which the Senate solved temporarily in 1979 when it hired a teacher for its 25 pages. And no matter what the task, young kids will be young kids, and the male pages were known to play on the elevators when there wasn’t much work for them to do. This caused sentiments in the House, like the one Representative Ben Bynum expressed to newspapers in 1973: “The idea of the pages was to be a convenience for members but it turns out they are a pain in the neck to members.” On January 22, 1973, the House Administration Committee voted to fire the school-aged pages and hire older people to act as messengers and run errands. The messengers, who were mostly University of Texas students, were able to work later hours and were more efficient than the pages, allowing the House to hire less of them and save money.

The Senate, on the other hand, kept the school-age page program until 1983, at which time Senate secretary Betty King recommended that the school-age page program be discontinued. Although the page school was in place, the pages’ teacher had sent a confidential memo to the Senate stating that the pages were not really gaining much from the program. Money was also an issue: the cost of pages’ wages and the teacher’s salary amounted to $60,000. By the 1985 session, the Senate Administration Committee had decided to accept only honorary pages—school-age children between the ages of eight and eighteen who would come during their summer vacation or spring break and work for a day in the Senate for no pay.

Although the paid page program had run its course, the messengers in both the House and the Senate fulfilled their duties as glorified gophers. (The Senate hired messengers in the mid-seventies while the page program was still in place. Initially messengers were on salary, but in 1977, they became hourly wage earners.) Today, the messengers work in the office of the sergeant-at-arms and are headquartered in the extensions. In both the House and the Senate the messengers run errands for the legislators, much like the pages once did, including running documents between buildings, making copies, folding the flag at the Capitol, helping with events that need crowd control, and sometimes licking or stuffing envelopes.

Despite the clouded history of the state’s pages and messengers, it is clear that these jobs have made a difference in young people’s lives—whether the former employees run for office or simply have a better understanding of the way the Texas Legislature works.