A man on trial for murder in San Antonio allegedly hired a fellow inmate (by paying his bail) to kill the judge presiding over his case. Fortunately, the assassin took the money and decided to chill at home instead.

114th District Court Judge Angus McGinty and his family were placed under the protection of a security detail last month after an informant inside the jail tipped authorities off to the scheme, wrote Craig Capitan on March 11 for the San Antonio Express-News.

“As soon as we learned of the threat to Judge McGinty, we took immediate action,” said Paul Berry, spokesperson for the Bexar County Sheriff’s Office. The threat came to their attention February 6, but the San Antonio Express-News agreed to delay printing the story due to concerns for the judge’s safety.

Apparently, threats are not unusual for a figure that is often in control of criminals’ incarceration. “It’s part of the job,” McGinty told Brian Collister at WAOI-NBC. “But on the other hand, I’m not happy about it at all.” Seems reasonable.

McGinty denied Spaulding bail for allegedly manipulating a ceiling tile in his holding cell in the county jail. Authorities speculated that Spaulding was trying to escape or to hide in order to attack a bailiff, wrote Capitan. Spaulding’s attorney told Fox News that the ceiling tile had already been moved when he arrived in the cell. In addition to his original murder charge, Spaulding was thus charged with attempted escape and criminal mischief.

Bail denied, Spaulding hatched a plan: according to McGinty, “[H]e asked another inmate—if he helped him get out of jail—would he kill me? That guy evidently agreed.”

Spaulding reportedly paid the man’s $2,000 bond, but once out, the assassin failed to follow through on his grisly part of the agreement. McGinty says that authorities investigated the man’s phone and email and decided that the suspect didn’t intend to keep his promise to Spaulding. “He just hung out with his girlfriend and waited for his own court date,” said McGinty. That is until an unrelated charge put him back in jail three days later.

Spaulding was originally charged for the murder of his on-again off-again lover, Ted Wildberger, 49, in early February 2011. Wildberger was strangled, beaten and stabbed according to police reports. Spaulding was not a stranger to jail time before this incident. He has a long criminal record including charges of theft, false imprisonment, assault, drugs and robbery across four states. He also served time on federal drug charges according to KENS 5-TV.

Luckily for McGinty, this record didn’t prove enough practice for what would have been a crime straight out of a thriller. “It was no longer something you read about,” the judge told KABB Fox, “but something that was happening to me.” 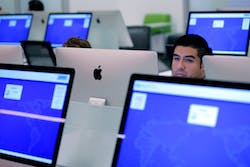 Bexar County’s Library on a Cloud 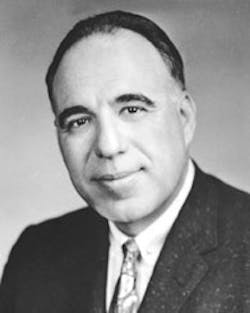