Down at the beach, right at the water’s edge, especially when the tide is going out, is where you’ll find the conditions for skimboarding on the Texas coast to be just right. If you toss your board out in front of you in the very, very shallow water with a little spinning motion to it and then quickly run up and step somewhat gingerly onto it (sort of as if you were stepping onto a fast-moving conveyer belt), you’ll be able to glide along the shoreline for thirty, forty, even fifty or more yards—as smooth as a skater on freshly Zambonied ice. And if you are practiced in the art, you’ll be able to hop off before your momentum runs all the way out and then, without fully stopping, give the board a shove with your foot (sort of as if you were kicking a skateboard out in front of you) and continue to skim without ever having to pause to pick up the board and throw it again. In this skim-kick-skim-kick-skim way, you can go as far as your physical fitness will allow. Or until you catch an edge and suddenly come to the abruptest of stops.

And I’m comfortable making such a bold declaration because I’ve been skimming the Texas coast for more than forty years, having slung my first board on the shores of Padre Island back in the mid-seventies. I was around ten years old at the time and was lucky back then to get to spend a good part of my summers on North Padre. There was a seasonal surfboard rental business housed in a rusty old delivery truck at the north end of the seawall that was run by a local whose family owned a unit in the same condo building as my family’s. His name was Carlos and I had become acquainted with him through a friendship with his little brother Ricky. Carlos was a highly skilled skimmer and made his own boards. I was completely captivated by the way he would glide so effortlessly for such long stretches and wanted to do what he did.

Carlos taught me the basics, lent me one of his boards, and I was off. My excited childhood interest never waned, and a year or two later my parents commissioned Carlos to make a board for me as a birthday present. It was a thing of beauty: heavy, round, and with my given name, David Courtney, stenciled onto it, as well as the nickname given to me by Carlos, Sea Monkey.

I recently saw a timeline of skimboard design on the internet, and over on the far left—the very first design featured—was the circular model. It was there by itself under the heading of “primitive.” Primitive! Carlos’s boards, primitive though they may be, are unique in both their heft (weighing somewhere in the neighborhood of ten pounds) and that circular design. More common today are the flimsy (by comparison), mass-produced ones with the surfboard-like shapes. These types of boards are really more suited to the West Coast, where the rider skims directly into the small waves that break onto the beach. For the flat Texas coast and its dearth of any real shore break, though, there is no better board than one that is solid, round, and heavy, qualities that allow for long, long rides. The difference in the two skimming styles is akin to mellow sidewalk surfing on a longboard and doing rad tricks on a short board at the skate park.

As time went by, whenever I had the chance, I’d take my skimboard out to see if I still had the old magic. Without fail, I’d catch the eye of some kid or landlubber who, like me back in the seventies, had never before seen anything like the sight of a dude surreally sliding across the beach in such a manner. They’d stop me, and I would happily give them a brief tutorial before letting them take a turn. Skimboarding isn’t as easy as it looks.

During high school and college, I didn’t get down to the coast as often, and without knowing it, I lost touch with Carlos. Once, sometime post-college, I was down for a weekend and couldn’t find my skimboard. It wasn’t in the closet where I normally kept it, it wasn’t under any of the beds—it wasn’t anywhere. My older brother, who had two young sons at the time, used the condo on occasion, so I called him. Sure enough, my nephews had lost my skimboard down on the beach. I was disappointed, but life goes on.

Years later, shortly after my daughter was born, in 2003, I decided that her life would be enhanced with a skimboard of her own, so I endeavored to make her one. Working only from my memories of my long-lost board, I thumbnailed measurements, guessed at the thickness of the particle board, and read the directions on the fiberglass resin can closely. The first time, after a whole lot of sanding, proved a charm.

My initial run on the SLC prototype, as I dubbed the board (I had stenciled my daughter’s initials onto it), came late in the day, when the afternoon was transitioning into early evening. The tide was going out and conditions were perfect. Beachgoers were headed in for the day, and the shoreline was mostly mine. Headed up the coast, as I ran and skimmed along in the gloaming, I was pleased with my handiwork. Everything felt just right. Within a few minutes, I noticed what looked like another skimmer doing his thing way up the beach. As we approached each other, but still with a good distance between us, I thought I recognized the guy’s style. Could that be Carlos? No way, I told myself. But, man, that sure looks like him. In a few minutes, it was clear and there, right before my eyes, was my skimboarding sensei from thirty years ago. The skimming gods were smiling down on us.

We shook hands, shared a hug, and spent a few minutes catching up—school, marriage, jobs, children, family. And then skimboarding. I told him what had become of my original board and then introduced him to the SLC prototype, explaining how I modeled it from my memories of the board he’d made for me. Carlos took it for spin while I followed along on his board. He approved.

After some more runs, we headed in and I introduced Carlos to my wife, Kendall, and daughter, Sarah. We toweled off, opened beers, and visited for a while longer as night fell over the beautiful Coastal Bend.

If you ever find yourself down on Texas’s watery southern edge and happen to see an old guy skimming gracefully by, take note: it may very well be one of the two greatest skimboarders you’ll ever see. 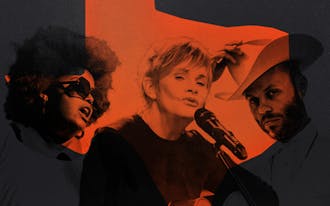 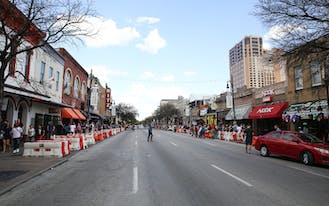 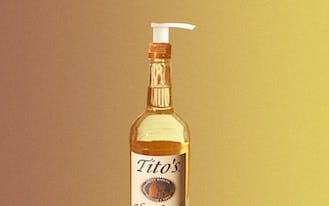 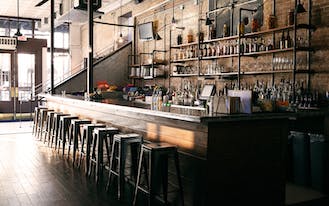