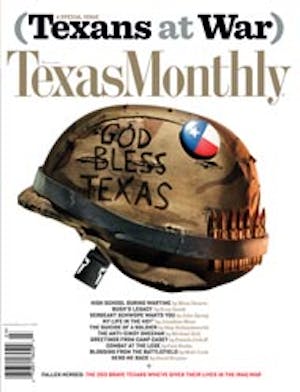 Rhett Miller’s innate talent and charisma have shone through the blazing cowpunk of the Old 97’s for more than a decade. His life seems a charmed one: He has kept his boyish good looks into his thirties; he’s married to a model. Clearly, it ain’t enough. The Dallas singer’s latest solo effort, The Believer (Verve Forecast), aspires to something more; it plays like an against-type bid for pop stardom. Tuneful yet empty power ballads, like “Fireflies,” pile up against the pallid pop schematics of “Meteor Shower” and, thankfully, a few loose-limbed rockers. It’s only on these tunes—“Singular Girl” and the Elvis Costello–like “Ain’t That Strange”—that Miller is in his element. Aspiring to a multifaceted career is one thing. Yet toss-off refrains such as “You gave me the reason/For feeling like I do” won’t get him there anytime soon.