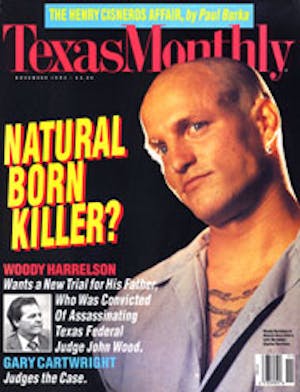 When I left my childhood home in Uvalde for a life of my own, the most cherished thing I took with me was the family recipe for pecan pie. My great-grandmother had seven pecan trees in her yard; at the house where I lived with my mother and brother, there were three prodigious producers. The Allisons, across the street, had four, and Mrs. Briscoe, the mother of the future governor and our next-door neighbor, had a yardful. In my memory, pecan pie starts with an empty grocery sack and a lot of stooping.

Bessie Demery is the one who actually invented the recipe for our pie. An independent woman, she was married to a U.S. Army buffalo soldier who was frequently away on one campaign or another. Bessie was my great-grandmother’s cook for longer than anyone can remember. As the story goes, Bessie asked, “Mrs. Kennedy, how long do you want me to work here?” And my great-grandmother replied, “Until one of us dies.”

Bessie’s recipe starts out traditionally enough, with eggs, sugar, Karo corn syrup, vanilla, and pecans. You could stop right there and have a decent pie. But it wouldn’t be Bessie’s. For one thing, hers is made with dark Karo syrup, but what makes her pie truly special is the addition of ground cloves, allspice, and cinnamon.

We don’t participate in the debate over margarine versus butter or light syrup versus dark. To us there is no debate. As my mother said to me, “That’s just the way Bessie did it.” And that has always been good enough for us.