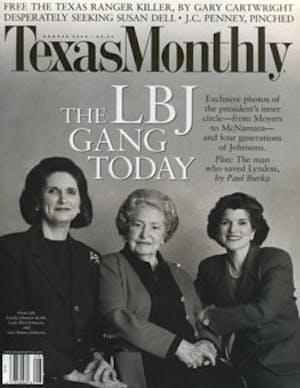 She sensed that the line she’d just drawn was somehow wrong. What she didn’t know was how to make it feel right. Too much was missing. Might always be missing. Rationally she knew that, too, yet she still couldn’t accept that no one would ever know how Tashat came to die so young. Or what that man’s head was doing between her legs.

Kate tossed her drawing crayon aside, got up, and walked over to the lighted viewbox, to trace the path of destruction again—from the linear fracture of the left humerus up to the comminuted clavicle, then down into the rib cage, where the fractures were not only multiple but displaced. In the end, though, it was Tashat’s left hand that drew her eyes. Something else that was missing. Only it wasn’t really, at least not in the same way. That hand appeared to be incased in something the X-rays couldn’t penetrate, like the gold fingernail stalls found on the mummy of Tutankhamen. But if that’s what it was, why the entire hand? And why the left but not the right?

She stepped back from the head-to-toe X-ray, hoping to find something “off” about the angle of the splintered ribs, or in the pattern of bone fragments scattered through the thoracic cavity—anything to suggest that the violence done to the young Egyptian had occurred after death rather than before.

Otherwise, just trying to breathe would have been so excruciating it didn’t bear thinking about. No one would have considered opening the chest back then, to remove the fragments of bone or repair a punctured lung. They still hadn’t figured out that the blood flows through a closed system of veins and arteries, let alone how to control infection or shock. But they did know mandrake root and poppy juice—scopolamine and morphine—which raised the possibility that some ancient physician had given Tashat a drop too much, sending her central nervous system into the sleep of eternity.

Kate turned to glance at the tightly wrapped form lying on the workbench near the windows. For a minute the two images battled each other in her head—that painted face glowing with youthful vitality and the macabre death’s-head she knew lay beneath it. Then, as if through an open window, she caught a glimpse of Tashat peering into a polished bronze hand mirror, to tuck a blue lotus blossom into her riotous black curls. A moment later, with a jaunty wave to someone Kate couldn’t see, she disappeared from sight. Mesmerized by the image that had seemed so real, Kate continued to stare without seeing, willing the young woman to reappear—and was rewarded when Tashat came through the door of the white washed house into the bright sunlight of ancient Waset. As she started across the garden, Kate heard a muted click, like someone snapping their fingers. It wasn’t until she emerged from the gate in the mud-brick wall that Kate noticed the little white dog trotting at her heels.

Then, sensing that Tashat would come toward her, Kate turned and waited. As they passed in the narrow street—really only a dusty alleyway—the irrepressible Tashat’s luminous blue eyes lit up with a smile Kate thought she recognized. A smile so engaging it bordered on the mischievous.