In June, geophysicists at Southern Methodist University announced that two large sinkholes in West Texas are growing at an alarming rate and that, nearby, a third sinkhole may be forming. The first sinkhole, known as Wink Sink No. 1 (it’s located near the small town of Wink), appeared in 1980 and now measures 361 feet across at its widest expanse. Wink Sink No. 2, which appeared in 2002 and is located nearly a mile south of its older sibling, is considerably bigger—about 900 feet across. According to SMU researchers Zhong Lu and Jin-Woo Kim, much of the ground surrounding the two sinkholes is subsiding at a rate of more than an inch a year. The potential third sinkhole, which is less than a mile northeast of Wink Sink No. 2, is subsiding much faster, about five inches a year. In a worst-case scenario, all three would collapse together and form one giant sinkhole. 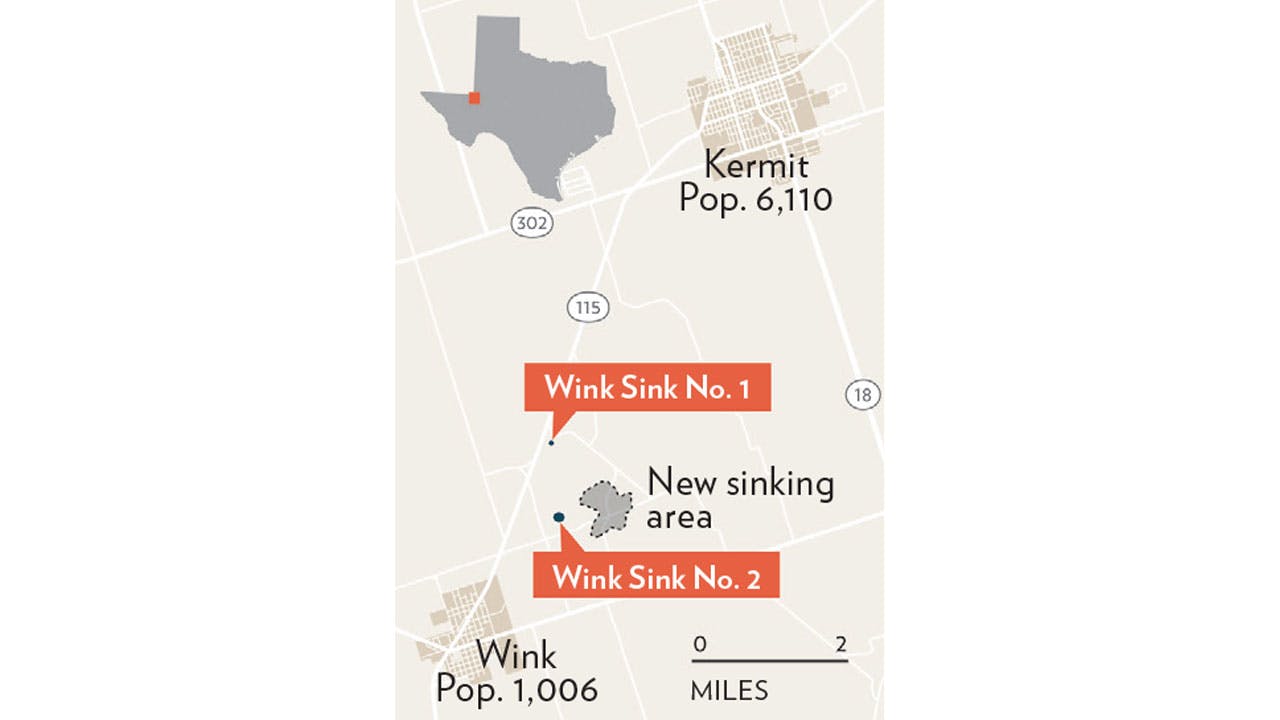 The sinkholes appear to have been created by the oil and gas extraction that has occurred in the area since the twenties. Today, though, the continued expansion of the sinkholes seems to be due to two factors: the largely natural dissolution of subterranean minerals and changes in subsurface water levels—some of which is caused by the oil industry practice of pumping water in and out of the ground. 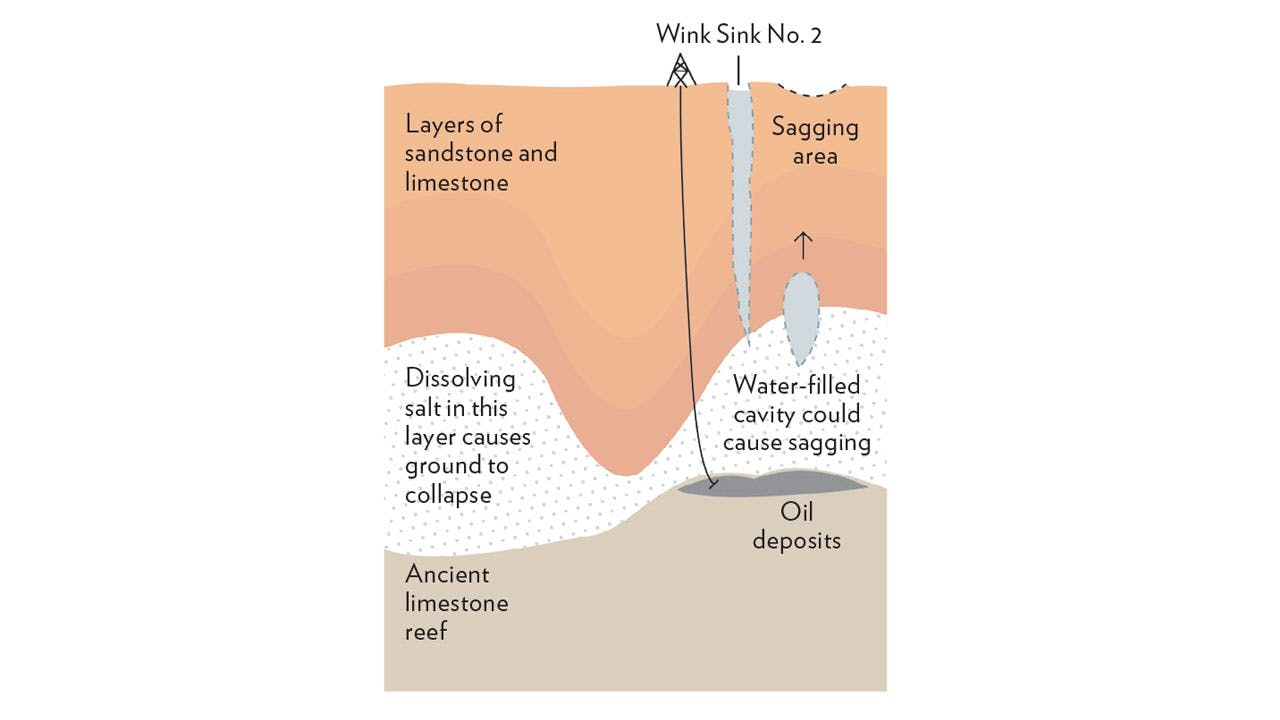 Not everyone shares Lu and Kim’s sense of alarm. Robert Trentham, a geologist at UT-Permian Basin who has visited the area many times (the SMU researchers have only examined it via radar images taken by satellite), doubts that the two sinkholes will turn into one giant sinkhole. “In geologic time, possibly,” he says. “In human time, no.”

Paddling Down the Rio Grande in the Shadow of a Drought