The ad is the latest in a string of gay-friendly moves by the Plano-based retailer. In February, J.C. Penney named Ellen DeGeneres as its new spokesperson. And in May, a Mother’s Day print ad for the company featured a lesbian couple.

“The support has been overwhelming positive,” Koch said during appearance on WFAA’s Daybreak Tuesday. However, some comments have been cruel. “Of course, some people have told us what we are doing is vile, disgusting and unnatural,” Smith told Reuters. “Growing up gay, that isn’t something we haven’t heard before.”

Smith said the ad “just reflects our life. We care about the exact same things any other parents care about. Are our kids safe? Are they happy? Are they getting to school on time and have they eaten lunch yet?” Smith said on WFAA.

Some conservative groups have their hackles up over the ad. One Million Moms, an affliliate of the American Family Association, accused J.C. Penney of “promoting sin” and called for a boycott, according to their website. The group encourages shoppers to send back their catalogs, as well as to cancel catalog subscriptions and store credit cards.

“Our persistence will pay off! One day we will answer for our actions or lack of them,” reads the site. “We must remain diligent and stand up for Biblical values and truth. Scripture says multiple times that homosexuality is wrong, and God will not tolerate this sinful nature.”

Earlier this year, One Million Moms launched a similar campaign to have DeGeneres fired, which failed when J.C. Penney firmly stood by their partnership with the entertainer.

At ThinkProgress, Tara Culp-Ressler lauded the company for the move: “[W]ith this kind of pro-equality advertising, JCPenney is continuing to reinforce its progressive values.”

The Father’s Day ad left Abby Ellin of ABC News wondering “Is JC Penney trying to become GayC Penney, or is it just a smart marketer?”

J.C. Penney’s recent cultivation of a gay-friendly image may be a part of the ailing retailer’s campaign to revamp the its somewhat tired, stodgy image. The company lured new CEO Ron Johnson away from Apple last November. In January, the retailer announced that “sales prices would become everyday prices,” the AP reported. The company has also recently revamped its logo and introduced branded “mini-shops” in its stores.

But it remains to be seen if this will be enough to save the ailing retailer, which saw its stock plummet in May after CEO Ron Johnson announced that the company lost $163 million in the first quarter of 2012. 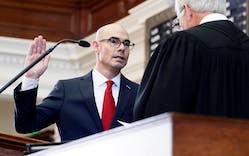 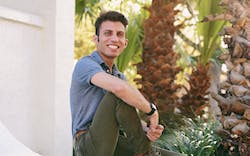 A Gay Student Left His Private School To Avoid Discrimination