On Thursday, the third day of testimony in the capital murder trial of Mark Norwood, the jury finally heard from the enigmatic figure who has been referenced a number of times this week by attorneys for both the state and the defense. Louis Homer Wann Jr—or “Sonny,” as he told special prosecutor Lisa Tanner to call him—did not actually appear in person; a videotaped deposition, which was recorded last fall, was played instead. (Wann, who lives in Nashville, claimed that his diabetes and other health problems made it too difficult for him to travel to San Angelo for the trial.) The scruffy 67-year-old with the crooked grin recalled how he and Norwood were friends—“or I thought we were,” Wann said with a shrug—adding that he and Norwood hadn’t actually spoken to each other in more than two decades.

Wann said he met Norwood in Austin during the eighties, when Wann was working construction, running a diner, and doing “anything that would turn a dollar.” Norwood’s wife at the time, Judy, worked at the diner too. Sometimes he would ask Norwood, a carpet layer, to help him on a home remodeling job. Had Wann given him work because Norwood needed the money, Tanner asked? “I don’t think Mark ever said anything but that he needed money,” said Wann. (Indeed, the state released a list this week of Norwood’s previous criminal activity, which includes no fewer than nine separate charges of property crimes—including burglary, grand larceny, and theft—during the eighties alone. Many of the incidents involved breaking and entering, as was done at the Morton home on the morning of Christine Morton’s murder.)

According to Wann, he and Norwood were working on the remodel of a local judge’s home at some point during the eighties when Norwood asked him if he wanted to buy a gun. Wann testified that Norwood then showed him a .45 Colt Combat Commander, and offered to sell it to him for $50. (State investigators have determined that the pistol bears the same serial number as the gun that went missing from the Morton home after the murder.) Though Wann knew the pistol was worth much more than the asking price, he allowed, he had purchased it after asking Norwood a few questions about its origins and being assured that it was not stolen. “Before you buy a gun,” added Wann, “you have to know a little bit about it.”

Wann came across as a bit of a slippery character—one who drove Judy Norwood to Tennessee after her marriage fell apart and resumed a relationship with her. (Their romance, he insisted, did not begin until they had left Texas, and Mark Norwood, behind.) He could not remember the exact year when Norwood had sold him the pistol, but he did recall that the remodeling job they were working at the time had been done for Travis County judge Guy Herman, who had needed to convert his garage into an extra bedroom after his wife had triplets. Herman is still a sitting judge, and the fact that he can corroborate Wann’s account is a lucky turn of events for the prosecution, which is expected to call Herman to testify. Herman can do more than just corroborate Wann’s account; he can pinpoint when, exactly, Wann was working in his home, which will help determine when Norwood allegedly sold him the gun. According to opening arguments earlier in the week, Herman has located records documenting that the remodel occurred in the late summer and early fall of 1986. Christine was killed on August 13, 1986.

When Norwood’s attorneys present their case, will they try to deflect attention away from their client by raising suspicion about Wann? (It’s Wann, after all, who has been in possession of Michael’s gun all these years.) This must have been a concern to prosecutors, who ordered that Wann’s DNA profile be compared to the bloody blue bandana that was found near the crime scene. (The bandana contains Christine’s blood and Norwood’s DNA.) But on Thursday, a DNA analyst testified that no match between Wann and the bandana was found. Much of the morning, in fact, was devoted to testimony about Norwood’s connection to the bandana. Forensic scientist Huma Nasir testified that the chances that the DNA samples found on the bandana belonged to someone other than Norwood were one in nearly 663 trillion.

In the afternoon, former Travis County medical examiner Roberto Bayardo took the stand to tell the jury about the autopsy of Christine Morton, which he had performed in 1986. In a remarkable about-face, Bayardo stated that he could not determine the time of Christine’s death based on her stomach contents at the time of the murder. (Readers of my first story on the Morton case may recall the critical role that Bayardo’s testimony about the time of death played in securing a conviction against Michael.) Bayardo proceeded to describe the horrific damage that her killer had inflicted: “Her face was distorted by the severe injuries she suffered…She had a massive, gaping head wound at the top of her forehead. She also had several cuts on her head and face. Large portions of crushed brain tissue were protruding…There was extensive fracturing of the skull. It was crushed…One tooth was knocked out and another was broken.”

As Bayardo narrated, the prosecution flashed a succession of autopsy photos onto a large screen above the courtroom—ten ghastly photos in all. I had seen the crime scene photos before, but not those taken at the autopsy, which were much more vivid and detailed. It was not until I saw those pictures that I fully grasped the explosive violence and brutality of the crime. The focus of the killer’s rage had been Christine’s face—not her head, but her face—which was so beaten beyond recognition that it no longer looked human. The ferocity of the anger that had fueled that attack was beyond anything I could imagine. I stared across the courtroom at Norwood—who looked up from the defense table at the images on the screen—and tried to divine from his expression what he was thinking, but it revealed nothing.

Read Pamela Colloff’s other dispatches from the Mark Alan Norwood trial here and here. And for more information about Michael Morton’s incarceration and exoneration, read the Innocent Man Part One and Two. 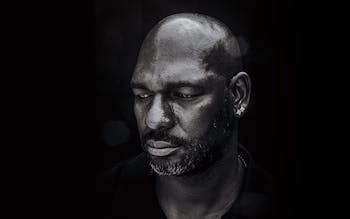 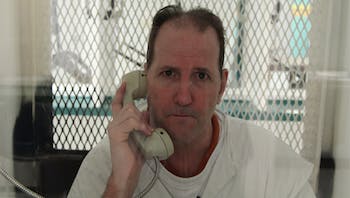 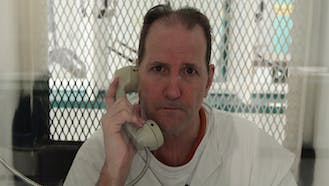 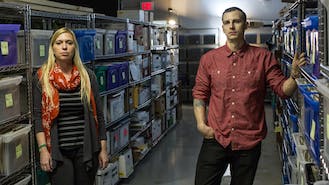 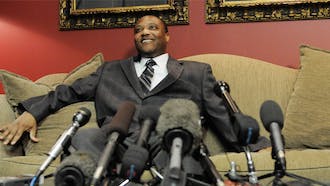