Growing up on a farm in the panhandle, Dirk Fowler felt cheated that he never got a chance to be a punk rocker. But if the existence of a contemporary music scene eluded him, stumbling upon a book of grungy flyers in 1990 more than made up for what he had missed. Inspired by the energy and do-it-yourself quality of The Art of Rock: Posters From Presley to Punk, the assistant professor of graphic design at Texas Tech University, in Lubbock, began making posters for local musicians like the Thrift Store Cowboys and Andy Wilkinson. He diverted from paths formal and trendy. Instead of screen printing, he used an old letterpress that he’d found on eBay and nontraditional materials like gasket rubber, fabric, and vinyl records. (“I was raised by my grandparents, so I think I’m about fifty years behind everybody else,” he says.) And instead of imitating the cool but complicated multicolor prints that had become the standard, Fowler produced austere and elegant works.

In the years since, he has gone on to create designs for much better known acts—including Loretta Lynn, Modest Mouse, Wilco, Ramblin’ Jack Elliott, Keb’ Mo’, Neko Case, and American Analog Set—and has gained the sort of international reputation that until recently was unheard of for poster artists. Back in the sixties and seventies, when the likes of Jim Franklin and Guy Juke were creating wild and fresh designs in the burgeoning Austin scene, posters rarely left the city in which they were conceived; often they’d been tossed in the trash by the time the drummer had packed his gear. With the rise in popularity of music downloads, however, tangible packaging is going the way of the eight-track cartridge, leaving posters as the best way to accompany music with visuals, and their value grows at traveling poster conventions like Flatstock and online at collector forums like gigposters.com.

From time to time, the 36-year-old Fowler receives some of the adulation normally directed at the acts his posters promote. “I’m gonna form a band just so Dirk can do a poster for me,” wrote one fan on gigposters.com. “We’ll be called We Formed a Band So Dirk Would Do a Poster for Us Zeppelin.” When college kids spot him in the coffee shop, they approach him tentatively and admit they’ve stolen his posters from telephone poles and record store windows, hoarded them, and plastered dorm rooms with them. “Someone will overhear my name and say, ‘Are you Dirk Fowler? I’ve got, like, six of your posters at the house!’” His peers are just as enthusiastic, showcasing his best stuff in Print, Novum, and other prestigious design publications.

“I wasn’t interested in this as any sort of business—not that it’s much of a business now,” Fowler says. “But I like the idea that someone who may not feel comfortable in the art world may want to tear down one of my posters because they like it. That’s meaningful to me.” 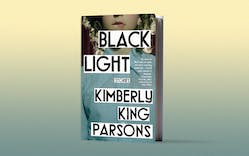 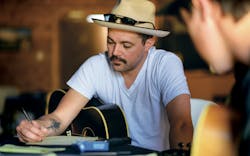 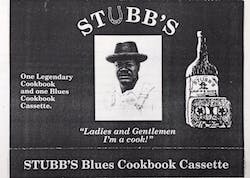