Director: John Ford
Plot: Civil War vet hunts for his niece, who was kidnapped by Comanche.

LEAGUE: I want to throw one more monkey wrench into the criteria. The Searchers is a bit of a mess as a movie, but it’s been so influential. And there are certain movies like this that have resonance after the fact. I wouldn’t say The Searchers is one of my personal ten favorite movies, but it’s certainly one of the most important movies of the modern era. Does that factor into the top ten?

RAMÍREZ BERG: I voted for it, and I think it is a Texas story, even if it was shot in Monument Valley, because it’s set in Texas, it’s about the Comanches, and it’s about racism. And that’s part of the Texas story. That’s the story of Giant.

BLOOM: The Searchers is a Texas story, an Oklahoma story, a New Mexico story—it ranges all over the Southwest. But it starts in Texas, with that line of houses, those white people trying to push the frontier, those lone-wolf families out there on the edge of civilization out of sheer stubbornness.

BLOOM: It’s the greatest movie about Texas stubbornness. There is no reason for that family to stay there, waiting for the next Indian attack. And the other thing is, why would you search? John Wayne knows that by the time he finds this girl she will have become a Comanche. So why would you spend eight years searching? That’s another Texas trick: Men never quit. Even after there’s no longer any point. 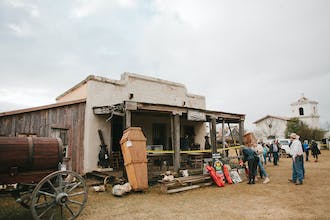 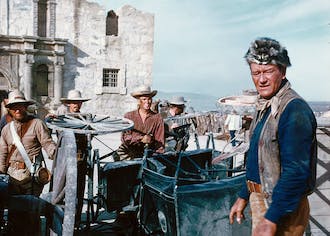 It’s Movie Night at the Alamo—No, the Real One 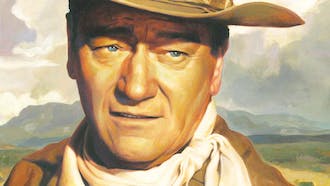