The Depths of Health
A new federal report out this week ranks Texas dead last in the country for health care services and delivery. The Agency for Health Care Research and Quality rated the state “weak” or “very weak” in nine of 12 categories, the Austin American-Statesman reports. The evaluation measured quality of care in categories including obesity rates, infant mortality rates, preventive care, and maternal and child heath care, among others. Home health care was the area with the lowest score, “with the study finding that the state provided little support to the elderly and disabled who chose to live at home,” according to the Statesman.

The Bottom Line: State health officials say Texas’ poor rating is a result of inadequate funding and a large uninsured population. About 25 percent of the state’s residents lack health insurance, more than any other state. To make matters worse, Texas will need to secure “at least $10 billion in new funding” for Medicaid in next year’s legislative session, the Statesman reports.

A Buy Called Quest
Dell Inc. announced this week that it plans to buy California-based Quest Software for $2.4 billion in cash. The president of the Dell’s software division described Quest as “the foundation of our software products going forward,” referring to the company’s new strategy of bolstering its high-end hardware line with software that provides security for cloud computing, the Austin American-Statesman reports. The acquisition is the second-largest in Dell’s history.

The Bottom Line: The deal is a major advancement for Dell’s software sector. The Round Rock company currently gets about $350 million of its revenue from software sales — relatively small change compared to Quest’s $857 million in revenue last fiscal year.

Sales Taxes ’Zon the Rise
Online shopping in Texas just got a little more expensive: Amazon began collecting sales tax on purchases made in the state on July 1. Texas is the sixth state to require the online retail giant to start paying up, and seven others are preparing to join that group, the Houston Chronicle reports.

The transition, first announced back in April, is being applauded by independent brick-and-mortar retailers, who argued that Amazon’s exemption put them at an unfair disadvantage. Texas Comptroller Susan Combs said the state has been losing “an estimated $600 million annually in potential revenue from Internet sales from all sources,” according to the Chronicle.

The Bottom Line: In addition to contributing sales taxes, Amazon agreed to “create at least 2,500 jobs in the state over the next four years and make at least $200 million in capital improvements in Texas.” No details have emerged about when these targets will be met.

Winner of the Week: Chuck E. Cheese
Pizza chain mascot Chuck E. Cheese got an image overhaul this week, ditching his dopey grin in favor of an electric guitar and a rock-star edge. The character is also getting a new voice: Jaret Reddick, lead singer of the Denton pop-punk band Bowling for Soup. CEC Entertainment Inc., the chain’s Irving-based operator, has been struggling financially in recent months, with revenue dropping off by more than 4 percent last quarter, according to the Associated Press. No word on whether this sets the stage for a reunion with Chuck’s animatronic bandmates from The Rock-fire Explosion.

Loser of the Week: Blue Bell Ice Cream
The boom in shale gas drilling is becoming a headache for the little creamery in Brenham. Guar gum — an ingredient used as a thickening agent in ice cream and other food products, as well as cosmetics, drugs and paper — is also a component of hydraulic fracturing chemicals. Demand for the substance is soaring as fracking has become increasingly widespread in the U.S., causing prices to spike as much as 800 percent since last January, the Houston Chronicle reports. The cost of guar has doubled for Blue Bell, which uses the gum as a key ingredient to prevent ice crystals from forming. 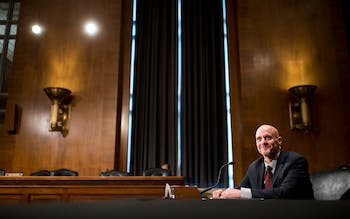