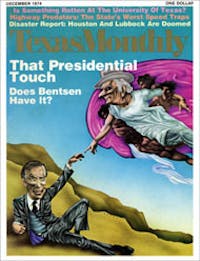 Vail, Snowbird, Steamboat Springs, Loveland Basin. They are among the most progressive ski resorts in the world, each one board­ing and feeding thousands of skiers, moving them up and across slopes and peaks on automated trams with their rented skis and their ski-school diplo­mas all day until night comes and the après-ski nightlife begins. Not Vail, Snowbird, Steamboat Springs, nor Loveland Basin would exist as they do today without big Texas money.

The Snowbird story is typical. Ex-skiing instructor and lodge manager Ted Johnson located almost 100 min­ing claims in the Wasatch Range-Cot­tonwood Canyon area and then slowly purchased the small parcels of land. Johnson couldn’t find financial sup­port among Utah’s bankers or its tax-paying community; his backing came from Richard D. Bass, a Dallas oilman and rancher, who skied and who had a financial interest in other resorts. Johnson and Bass met at a cocktail party in 1969; Bass hiked up the Utah mountain and came down to raise $13 million for what became the Snowbird ski resort.

Vail is a similar story. At the time Pete Seibert, a ski instructor and racer, saw the resort potential for Vail, Colo­rado already had 30 ski areas. Seibert, though, wanted to create a complete ski village with hotels, shops, lifts, and ten square miles of ski area. It would be Sun Valley and Aspen rolled into one Vail. Again area bankers—in this case Denver’s Seventeenth Street bankers—saw no potential. Siebert found his financial backing—the first $5 million—in Dallas with oilman John D. Murchison and the friends he interested in Vail. The development and work took ten years, but now Vail is considered the most successful of the winter resorts. Success for Steamboat Springs, Colorado, was a long time in coming. Its Yampa Valley had always had fine powder snow plus an annual winter carnival that drew tourists. In 1969, LTV Recreation Development, Inc., a subsidiary of Ling-Temco-Vought of Dallas, bought about 1500 acres of prime ski land and all the Steamboat Springs ski facilities. New ski lifts were added, new ski trails developed, and old ones reshaped.

A similar Texan-engineered rebirth occurred at Loveland Basin which is the most popular ski area for Denver­ites. Loveland did moderately well un­til skier-oilman Chester Upham of Mineral Wells, Texas, spent a vacation there. Upham purchased the interests of the Loveland owners and stream­lined the area into a ski site that pres­ently serves every type of skier from first-timer to racer. The Uphams, Murchisons, and the Basses of Texas knew big profit when they saw it; ski­ing has moved from an interest of the wealthy to an interest of families; jets fly skiers to the slopes as individuals, families, or ski clubs. Profits have spread to skiwear specialty stores, car rental agencies, and lodges, where rooms are often sold out weeks at a time. Lift tickets at $8 to $10 each sell like penny candy.

There is also a lot of modest Texas money now flowing into skiing. Many Texas skiers drive to Santa Fe Ski Basin, to Angel Fire, and other New Mexican ski spots. Crested Butte, Colorado, receives so much Houston business that its entrepreneurs now have a ski trail named “Houston.” The Space City Ski Club patronizes Vail. An armed-forces career man who moves across various Texas air bases during the winter, leaves his wife and three children in the Breckenridge ski resorts where they spend their time learning the short runs, which are per­fect for beginners. The Fort Worth Ski Club flies to New Mexico every winter. Houston’s Lee High School drill team spends its yearly holiday at the Sitzmark Lodge in Winter Park; Texas families live in cabins next door to the hostelry. In the lobby of Beaver’s Lodge there is a poster that shows a cowboy-hatted skier soaring valleyward on a saddle. He’s called The Downhill Texan.

A Texan doesn’t have to ski at all if he or she aims to make money in ski country. Many residents of Dallas, Austin, and Houston rode the skiers’ wagon in 1950 when it was sheer wis­dom to purchase land in Aspen at $100 an acre or even much later in Vail Valley for $1000 an acre. A Vail-Texan who sold his three acres for $1000 each is probably sorry he did so; in 1974, just one of those acres would be valued at $80,000.

This also holds true for the early condominium buyers. Owners of apartments in or near any major ski resort are in for excellent capital ap­preciation. Purchases are frequently shared by families or a group of in­dividuals, and, of course, use of the apartment is shared also. In Vail, the Manor Vail Corporation sold a joint condominium for $80,000 to several Southern attorneys, all bachelors. When the owners are not using their condominium, it is rented for $35 to $150 a night to others. This is usually arranged through a condominium management company. In four-season resorts, customers are easy to find at Vail among fishermen, hikers, climb­ers, tennis players, or at Taos among those who are attending Taos music programs, the art school, or the lecture series.

The prospective condominium owner will find innumerable offerings this season from The Wild Irishman condos in Keystone to a new develop­ment spanning some 600 acres near the Purgatory Ski Area not far from the New Mexico border in Colorado. If you are considering this investment, spend a night or two in a typical con­do. Rates vary from $25 to $60 with stiffer tariffs for large families. Texas skiers should keep in mind that the best ski deals apply to the low season, usually before Christmas and in late spring; fair rates are obtainable in mid­season, which begins in January and continues to Easter. Vacations cost the most during official holidays, especial­ly Christmas and New Year’s.

Seven-day packages containing ac­commodations, meals, lift tickets, and often lessons are the cheapest way to ski. These packages are sold by air­lines, resorts, and by certain ski lodges. Of course, with lodge packages, the more popular the resort, the higher priced will be the package.

A typical “ski week” can cost $150 to $300 a person, with the price de­creasing per person for a group. How­ever, it is not impossible to pay $560 for a week in a townhouse at a fash­ionable jetset resort or pay only $100 for very primitive quarters and simple food at a ski station no one ever heard of.

For Texas ski travelers with an in­terest in resort living—but none in ski­ing or ski lessons or ski lodges—it is possible to shave expenses by choosing a $15 to $18 a night ski area motel (sleeping two), $3 to $4 meals at restaurants frequented by non-finicky but hungry local cowboys, and forgoing ski resort night clubs. A Texas skier with previous experience must remember that the lift rates of $8 to $10 are common this winter for average ski-country areas; the meccas will exceed $10 a day. Lessons will cost $8 to $12 for the full day of class; earmark $6 to $10 for ski equipment rental. Rentals are cheapest in the ma­jor cities and a stop in either Denver or Salt Lake City will save you money, especially on a week-long rental of your ski equipment. Car rentals, how­ever, are unnecessary in large resorts like Aspen or Vail where free trans­portation is furnished from lodges to lifts. 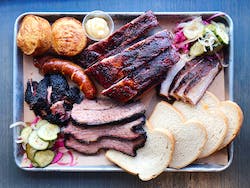 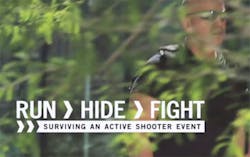