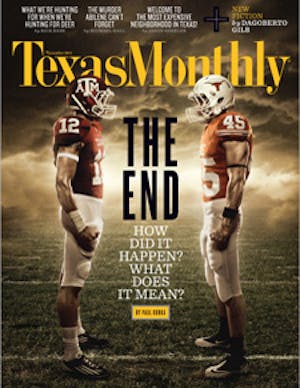 Tribute albums have not traditionally fared well in the marketplace, and for good reason. Asking artists—either passionate fans or curious dabblers—to record someone else’s songs is a bit of a gamble, and the people who compile these collections often feel morally (and, let’s face it, financially) bound to use whatever they get. Such seems to be the case with THIS ONE’S FOR HIM: A TRIBUTE TO GUY CLARK (Icehouse Music). The line of peers who admire the Mona­hans-born singer-songwriter’s works is a long one, and seemingly everyone ever influenced by Clark has turned out to pay his or her respects on this double CD. Yet Clark is a tricky writer to cover. His songs may be artfully crafted, but his irascible personality haunts every one of them. There are thirty recordings spread over this set, and not all of them work. Established performers like Rosanne Cash, Kris Kristofferson, and Vince Gill struggle to bring anything new to their assignments. But a handful of strong-willed singers—Steve Earle (gritty), Patty Griffin (sweeping), Gary Nicholson (gospel-tinged), Lyle Lovett (wry), Willie Nelson (Willie), and especially John Prine and Emmylou Harris (touching)—transform the material into something fresh. It doesn’t always take much to pull that off—a slightly altered phrasing, say, or a modest shift in intonation. But here, as on countless other tribute albums, plenty of people seemingly can’t be bothered. Which is a drag. If a cover version merely apes an already beloved original, why even go there?