“I had no strategy today,” Cowboys quarterback Tony Romo told ESPN about his final round at the Pebble Beach National Pro-Am this weekend. While the strategy of not having a strategy has foiled Romo in the final game of many of his NFL seasons, it actually worked this Sunday: Romo outplayed his partner, Tiger Woods.

Their shared deficiences made Romo and Woods perfect for each other, Rob Kelley of the Pigskin Report suggested. “Romo can’t close out a fourth quarter of a game, while Woods cannot close out a fourth round of a tournament,” Kelley wrote, the morning after a surging Woods came up short to tournament winner Phil Mickelson. “They always meltdown in the end.”

Despite Cowboys fans’ insistence that Romo sequester himself in his house in the offseason and dwell on his shortcomings, a select few thought that hitting the links with Woods, a similarly polarizing figure with an equally bad case of the chokes, was just the thing Romo needed to get his mojo back.

“I learned a lot,” the Dallas Morning News quoted Romo as saying. “There’s a lot on the mental side that I’ll be able to take back to football.”

Tom Firme of Bleacher Report shared four ways Romo benefited from playing with Woods. One of them was proximity to Mickelson, who traded reads on putts with Romo and was free with advice. “Woods may have given Romo lessons in how different athletes rise differently,” Firme wrote. “He could simply point at Phil Mickelson as one who had to collapse several times before winning a major tournament.” 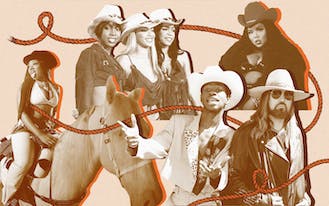 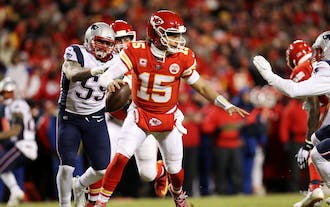