• Even though here in Texas, Republican presidential candidate Herman Cain leads Rick Perry in one poll, Cain’s campaign played “D” (defense, not Democrat) against the Texas governor on Wednesday.

Team Cain began shifting media attention away from the Politico story about sexual harassment allegations by blaming Perry for the leak.

“The actions of the Perry campaign are despicable,” Cain campaign chief of staff Mark Block told Fox News. “Rick Perry and his campaign owe Herman Cain and his family an apology,”

Block’s theory: that the leak came from Perry campaign consultant Curt Anderson, who worked with Cain on his 2004 Senate bid and was aware of the potential scandal.

Anderson denies this, as did Perry spokesman Ray Sullivan, who told Emily Ramshaw of the Texas Tribune that the charges were “outrageous….Nobody and no one at this campaign was involved in the story in any way.”

Of course, Sullivan then took the opportunity to float a theory that would implicate the other candidate who’s well ahead of his guy, former Massachussetts governor Mitt Romney.

• Romney was one of the many topics Perry covered in an interview with Fox News’ Sean Hannity on Wednesday night.

As the Huffington Post noted, what may have stood out most was Perry’s critique of his own debate performance. “Frankly I didn’t have time to prepare for those debates,” he said. “Obviously it showed.”

He also said, “I hate debates,” which allowed him to repeat the anti-Obama theme of his new campaign ad – that being a great debater doesn’t mean you’re a great President.

• But Perry’s debate performance still looms large in the mind of The Washington Post’s The Fix blog.

“Circumstances have provided Perry with an opening that is almost too good to be true,” wrote Chris Cililzza, citing both the Cain allegations and the deep-pocket campaign’s spending plan for Iowa and South Carolina.

But he still says that the real key is whether Perry can make a fresh impression in the five upcoming debates that Perry’s promised to participate in after early rumors that he wouldn’t. 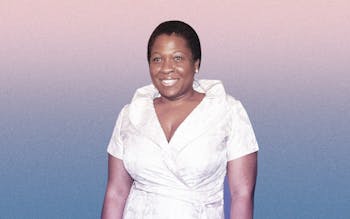 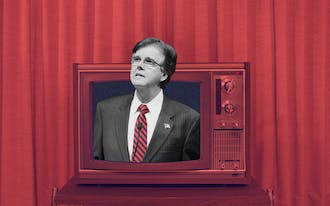 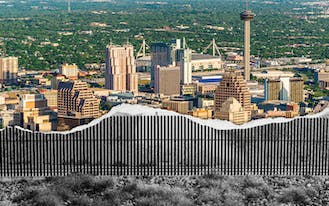 Where Is San Antonio in Relation to the Border? An Investigation That Is Apparently Necessary