The holidays are upon us and, as a native Virginian, I will be heading north in order to celebrate with family and friends, and play with my nephews, and by “play,” I mean the old “Get Auntie Drinkie another glass of wine” game. They seem to like it, and it makes Christmas much more enjoyable for me. Win. Win.

Usually I get fairly nostalgic at this time of year, as I look back on my childhood and reflect on how easy life was then, when everything was paid for and I had my own room and my biggest concern was whether or not I would get the Holly Hobbie EZ-bake oven. Spoiler: I did but I had to share it with my sister. The oven lost some of its appeal when we realized that a mini light bulb does not really produce enough heat to cook miniature pies.

I grew up Catholic (which explains a lot) and we did the whole advent calendar, nativity scene, school Christmas pageant, caroling thing, but let’s face it: Baby Jesus or not, my sisters and I were in it for the presents. That’s not so unusual for a child who thinks that the world revolves around them. Now, for a grown woman, it’s a little delusional but that’s a story for another time and another place. (My memoirs from rehab.)

So I thought, in the interest of the secular, I would list some of my all-time favorite Christmas presents from the lost days of my youth. You’ll notice that most of them are doll-related, because my parents wanted to do everything in their power to perpetuate traditional gender stereotypes.

9. A baby doll that came in a suitcase with little baby clothes. I named her Sugar Plum, kept her in a crib by my bed, and dreamed of the day when I would have my own baby. Funny, I never dreamed that one day, I would have my very own blog.

8. Cabbage Patch preemie. Note the “preemie.” I love the thought of a bunch of crazed parents fighting over who gets the premature baby doll. Just what you want your daughter to play with. In her make-believe NICU.

7. Large Barbie Doll head. Just the head, so I could put crayon-like make-up on her until she looked like a hooker. At the time, I thought she was beautiful.

6. Belle, Snoopy’s sister. My sister had Snoopy but I wanted Snoopy in a dress. Hence, Belle.

4. Strawberry Shortcake dolls. If memory serves, and it rarely does, I had Strawberry Shortcake, Blueberry Muffin, Lemon Meringue, and Peach Blossom. All of these wonderful scented dolls, piled on top of each other in a corner of my room. The stench was overwhelming.

2. Simon. The electronic “memory” game. When it was low on batteries, it sounded like a dying cow.

And my number one present:

1. Irish sweaters and matching hats from my parents, who had traveled to Ireland earlier that year. Without us. We had to stay home with a babysitter. Which meant we got to eat Doritos.

My parents had sweaters too, so we were like the ultimate dork Irish sweater family. And I loved it. 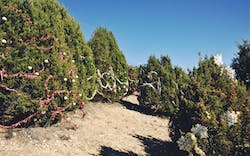 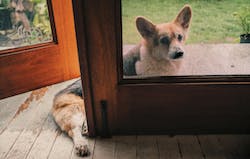 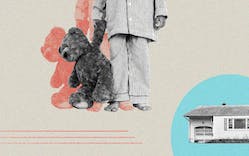 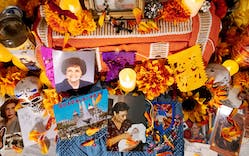 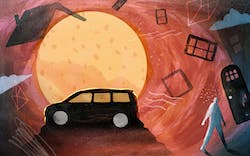 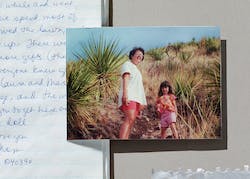 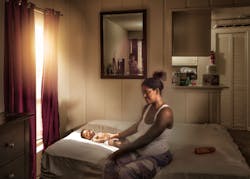 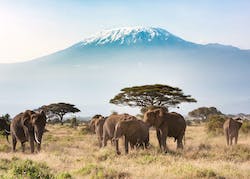 The Best Thing In Texas: Meet the Seven-Year-Old Who Climbed Mount Kilimanjaro