The results of a new study suggest that sexting—the act of sending sexually explicit messages via email or text—is more popular with teens than researchers previously thought.

A new study from the University of Texas Medical Branch found that 28 percent of Texas teens have sent nude pictures of themselves via email or text message. Jeff Temple, a Ph.D. at University of Texas Medical Branch at Galveston, set out to discover the prevalence and nature of teens’ “sextual” activities, and to analyze the relationship between electronic sexual activity and sexual behaviors, Science Daily reported. Sexting is a popular locus of panic for modern parents and so this study will likely leave many wringing their hands.

As noted by the Washington Post, the study only looked at the exchange of nude pictures, not any other sort of suggestive textual content.

The study finds that teenage sexting is more common that previously estimated, although, according to Temple, “There has been very little research to date about the percentage of adolescents engaged in this behavior. … I think our study is more socioeconomically and racially representative of the general population.”

The authors also noted that asking for and sending nude photos was most prevalent among black and white/non-Hispanic teens. “Hispanic youth were less likely to have been the recipient of a sext and less likely to have asked for one, but I’m not quite sure what factors explain that,” Temple said at NBC Latino.

As for the relationship between technological and physical sexual activity, the prevalence of sexting does seem to accompany a higher rate of real-life sexual experience. “Of girls who had sent a nude message, more than 77 percent reported having had sex,” the San Francisco Chronicle reported. “For those who had never sent a naked photo, 42 percent said they had had sex. For boys, those numbers were 82 percent compared with 45 percent.”

Temple and his team recommend that parents and teens use this information as a gateway to discuss safer sex, reiterating similar suggestions made by the American Academy of Pediatrics. “The main implications are that sexting is prevalent, that it’s common,” Temple told the Chronicle. “If we know that they’re more likely to have sex, then maybe that gives the pediatrician or the parent information to start a conversation,” he said.

Despite this apparent rise in sexting, Temple was careful to point out that this doesn’t mean that teens are all too happy about it. “On the contrary, we found that teens are generally bothered by being asked to send a naked picture,” Temple said in the report. “In fact, nearly all girls were bothered by having been asked, and among boys, more than half were bothered at least a little.”

Rather than advocating tightening the legal measures against underage sexting, Temple emphasizes that his findings indicate that sexting is bound up in natural teenage sexual urges, and that the data actually support softening legal penalties for this kind of behavior.

“If our findings were extrapolated nationally, under most existing laws, several million teens would be prosecutable for child pornography or other sexual crimes,” he wrote. “Doing so not only unjustly punishes youthful indiscretions, but minimizes the severity and seriousness of true sexual assault against minors. Resources used to criminally punish teen sexting could instead be diverted to prevention and education programs focusing on reducing risky sex behaviors among adolescents.” 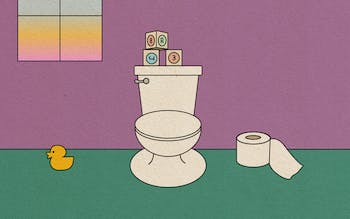 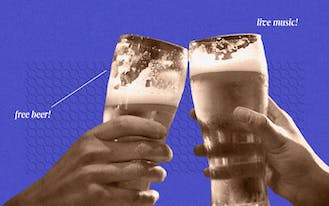