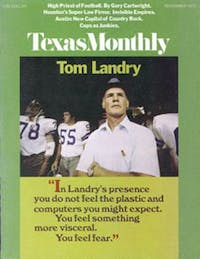 VOLUNTEER RECRUITERS ARE LIKE PREACHERS, blind beggars and wise children: they know how to manipulate your guilt to get what they need. When our elementary school Volunteer in Public Schools representative called and suggested I lead a Junior Great Books program, I had my excuses ready, and then she started her spiel. After all, she said, it’s our school and if we don’t contribute, how can we criticize, and (after all) you’ll be enriching the cultural experience of these children and (after all) you are interested .in books and (after all) it’s only one short hour out of your whole week. They always say that about the one short hour. They know how hard you’ll find it to refuse a meager sixty minute outlay.

Unable to cope with another “after all,” I conceded, and (after all) I thought, it did sound more interesting than cake baking, books gluing or lavatory supervision.

What, I asked, was involved?

What I had to do first was attend a training program conducted by the Great Books Foundation itself. Right off, I found that the outfit is called not THE Great Books Foundation, as I had thought, but simply Great Books Foundation, which, when you think of it, has a lot more humility, professing to have catalogued some of the great ones but not all of them. The training program consisted of five one-hour sessions with a GB instructor who travels all over the country giving these workshops. There were about 30 of us, from all over the Houston area, and, as in most volunteer work, we were but for one, women.

The GB technique is, fairly rigid, whether at junior or adult level: the group is made up of 15-20 voluntary participants and two co-leaders who, during the twelve one-hour discussion periods, never make a statement. Never. Like, Socrates, they lead by asking. It was the first rule we learned and the one most stringently insisted upon. And to make it even more difficult, the questions were to be ones we did not know the answer to. If a question was answered in the course of a discussion, we were to strike it down and never ask it again.

According to the leadership manual: “Your purpose as a co-leader is to conduct an exercise in reflective thinking by asking questions which will increase your knowledge, as well as the participants’, of the Great Book under discussion.” The key is, we as leaders were to make sure we were trying to learn about the GB, instead of trying to teach it to the children.

For example, after a sample discussion led by our instructor, someone asked, “But how can you conduct a discussion on a story more than once? Won’t all your questions be answered?”

He was ready for that one.

“But why,” Turnbull persisted, “did the author choose to have Jack saved by the ogre’s wife?” Because she liked his looks?

GB considers the author’s life, the period in which the piece was written, other translations or versions of the same selection-all to be extraneous; anything outside the words in front of us, the work itself, was irrelevant and if brought up must be exorcised. “Show me in the book” was another of our leader’s recurring exhortations. Any reply beginning “We all know that” was quickly cut short. “How? Where does it say that? Show me in the book.” Questions were to come in sequence and accumulate, in the process of exchange, consequence; the purpose was rational inquiry. Children were to be encouraged to reason and question without expecting to find an absolute answer. Two sample questions from the manual are, “What do the writers of the Declaration of Independence mean by the word ‘right’?” and “Is Gogol primarily criticizing individuals or a system in ‘The Overcoat’?” neither of which could be answered easily or absolutely. In other words, we were to conduct a metaphysical discussion with 20 12-year-olds.

Having received official assurances that we were ready to begin, my partner and I led a sample discussion wiith 60-something children from the top reading tracks of our sixth grade and sent home glowing “Dear Parents!” letters, warning that only the first 20 to sign up and bring the $6.50 book fee would be admitted to the group, wondering all the time if any children other than our own two would show. Surprisingly, we had enough for two groups, which then and there doubled the one little hour I was supposed to spend on the program.

Our first selection was some Aesop’s fables and four Hans Christian Andersen stories. Having prepared in advance a list of possible questions (and quadrupling in the process that original one hour), we eagerly began: Was Aesop writing about animals? Which, in retrospect, was ill-chosen; we clearly knew the answer. No, someone, answered, he was writing about people. All right, we continued in pursuit of natural sequences and rational inquiry, why then did he make them into animals? Answer: he was probably afraid of getting sued.

And that, we found, was the temper of our little groups, both of them.

Now let me say, our school is relatively large for an elementary school (some 1500 enrolled) in an upper-middle-class neighborhood, white, medium-affluent, a quiet small-town type area with zoning and a low crime index. Since it borders Rice University and the Medical Center, there is an above-average number of professional people who might become excited at the idea of their children becoming involved in great books and Chaucer. Some of our kids were honestly eager to participate; others had been pushed into enrolling; others only wanted out of homeroom.

But the big shock was yet to come. We were into “The Emperor’s New Clothes” when one of us asked why Andersen had had a child reveal the king’s nakedness. Answer: because a child doesn’t know any better. Any better than what? Than to tell the truth. Why couldn’t an adult have done it? Because adults lie. Why? They have to, to protect their jobs and families. All adults? ( And, as my own son was in the group, I was particularly sensitive here.) All adults. Now this was stated flatly with no moral outrage or censure apparent anywhere.

We pressed on. Will the child someday lie too? Yes, he’ll have to, when he’s grown and has a job and children to think of. (The child was always referred to as “he.” When I pointed this out, they said it could have been a girl as well, but then continued using the male gender pronoun.) When I protested, but what about Andersen, he was an adult, was he lying when he wrote this story? They hedged; if he wasn’t lying in the story, he must’ve lied somewhere else. He was an adult; therefore, he lied.

“The Ugly Duckling” discussion proved no more heartening. The duckling was ostracized because he was different, they explained, and the barnyard creatures didn’t want something weird and different around them, because people would rather be with people who look the same as they do, and it was a good lesson in humility for the young swan anyway. We asked if, because the other animals said the duckling was ugly, he, in fact, was ugly. If he was ugly in the others’ eyes, they said, to all intents and purposes, he was ugly. Is there no beauty outside community standards? No.

There was a strong feeling that people do what they have to get along. It may not be ideal but it’s not bad either and since it’s all we’ve got, the best thing to do is stay cool, don’t make waves and get it while you can. I must say, I was not prepared for this youthful cynicism. My cohort suggested it was pre-adolescent insecurity .I ventured creeping Republicanism. After all, when these kids started school, hip revolution and psychedelia were peaking and their mamas back then were wearing skirts so short their maternal bottoms were bouncing out from beneath the hems. Their second grade television viewing had been the Democratic Convention; they had literally cut their teeth on the emergence of the counter-culture. Could this young conservatism be a prepubescent backlash?

Mainly what I was reminded of was my own youth during the Fifties when what everybody wanted was to go to college to get a better job. When polls were taken asking what students wanted out of life and the biggest percentage said “Security,” we could not understand the clamor some adults made of that fact. It seemed reasonable and sane without qualification to want above all, job, home, family, insurance, long-term contracts, protection from radicalism of any kind. It took me back, these GB discussions, and every week I expected to find the kids had acquired crew cuts, page-boys and penny loafers.

In weeks to come, my original perceptions were not to be much altered. In discussing” Ali Baba” their notion was it was all right for Ali Baba to steal from the thieves because it was, after all, stolen property to begin with and too bad about the original owners. Discussing Greek myths, Icarus was a fool to fly so high; “bewitched by a sense of freedom” meant deluded and stupid; he should’ve listened to his father and flown to moderate heights. Jacob in the Bible was only a clever fellow who took advantage of the opportunities open to him; Marley should not have warned Scrooge but left him to find out for himself how selfish he’d been; the people in Tolstoy’s fables were happy because they were content and happiness lies in not wanting more, which only the poor are fortunate enough to know. Rich means greedy; poor but happy is better. Chaucer: honor is patriotism.

Any kind of behavior considered by the majority of people or animals in a story as extreme in any way (whoever they were, from rats to toads to kings) was “queer,” “rude,” “gross,” and the ultimate put down: “weird.” There is no virtue in self-fulfillment; group status is all. And no advantage to outrageous experimentation. You gotta do what you gotta do to keep your job and protect your family and make sure the insurance pays for the funeral.

Well, it was more interesting than swabbing toiletswhich some volunteers did and lived to tell horror stories aboutand I’m glad I did it, though it was, for one whose child was sitting in front of her not exactly contributing but then not objecting either when they said all adults liemildly shattering to the ego at least, if not to say the very foundation of her self-image.

But there was one child, a girl, who redeemed the entire experience. She was beautiful. At 12, she looked old enough to vote and, soon, buy beer. With her hair cut short and combed severely across her face, wearing plain black t- shirts, moccasins and no-flare jeans, she was as beatnik as a Kerouac, and sat serene and quiet each sessionour Cassandra waiting to reveal the truth.

“Why,” I asked once, “couldn’t Scrooge learn from the mistreatment he suffered, and be kinder to others because of his own experience?”

It was a Sunday school question, which she answered with all the disdain it deserved.

“Because people are what they are treated as. If you tell someone he’s mean and stupid, for instance, he’ll be mean and stupid after a while, because he thinks it’s what he’s supposed to be. I have a really mean grandfather that people kept calling mean and calling mean until finally he was mean. Scrooge was treated like a bad personso he was.”

We scratched that question from our notebook. She had, succinctly and effortlessly, answered it.