You can figure out a lot of things in ten years’ time. But lingering questions about the fiery siege of Mount Carmel, ten years ago this month, have still not been answered. In fact, the Branch Davidians as they were then, and as they exist now, are still raising fresh uncertainties. In this month’s feature story “The Ghosts of Mount Carmel,” senior editor Michael Hall indulges our curiosities about the followers—those who are gone, and those who survived. Here he tells us of his inquiries into the lives of Waco’s most infamous residents.

Michael Hall: I went up there five times. I’d generally spend the afternoon talking to the Davidians in the chapels as well as chatting with various visitors. I started working on the story in early January and spent about eight weeks on it.

texasmonthly.com: How difficult was it to approach Davidian preacher Clive Doyle and the other remaining Davidians for this story? Was there anyone who did not want to be interviewed?

MH: I was a little nervous at first because I knew they were so cautious about the press. But once I returned for a second visit they opened up and were very cooperative. One of the FBI psychologists didn’t want to talk about the qualms he had ten years ago or about the agency’s tactics. He was the only agent who didn’t want to talk. I tried to interview the seven Davidians who are in prison but only heard from two of them.

texasmonthly.com: With so much information out there about the Branch Davidians and so much coverage about the siege, how did you narrow down your research and your focus?

MH: I realized early on that the story I wanted to tell wasn’t what happened then—which is what most people have written about—but what’s happening now. The biggest challenge was summarizing the past, which was essential to understanding the present. But it’s almost impossible to summarize some of the things that happened—whole books have been written about these things.

texasmonthly.com: Where did you find the information needed to recreate what happened during the siege?

MH: I read six books and dozens of newspaper and magazine stories and talked to as many survivors as I could. It was still hard to pin down exactly what happened. The truth is, we’ll never know exactly. Too many who knew the truth are dead, and too many survivors and historians have an agenda that dictates the facts they reveal and the story they tell.

texasmonthly.com: You wrote about attending Doyle’s Saturday services and “post-Koresh prophet” Charlie Pace’s church—do you think your presence as a reporter affected their behavior?

MH: At first, yes, but eventually, especially with Clive Doyle, they ignored me and dove into their studies. The thing is, a lot of reporters and outsiders come visit, so they get used to us. A lot of the story was standing around outside the church, on various porches, and in the fields around the ruins talking to people.

texasmonthly.com: What was the most interesting thing that happened while you were reporting?

MH: The scene I wrote about where I heard someone yelling “Murderers!” at the end of a passionate argument over the nature of Jesus. It turned out to be an apostate Davidian named Andrew X98 who was standing at the front gate. It was weird and normal at the same time.

texasmonthly.com: Did you talk to any Waco residents about the infamy of their town? Do you think that Waco can or will escape its link to the Davidians?

MH: The Waco residents just want to move on. They want this whole thing to fade off their tourist maps. But I don’t think it ever will. It’s like Dallas and JFK—Waco will be tied to Koresh for a long, long time. 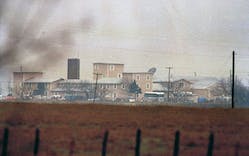 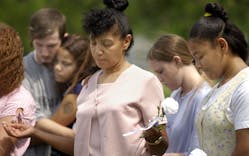 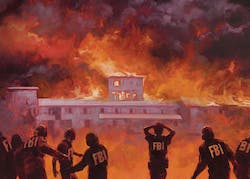 The FBI Agent Who Can’t Stop Thinking About Waco 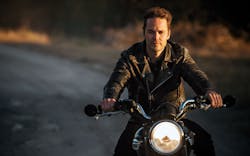 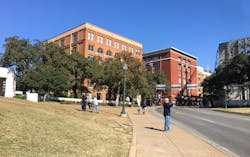 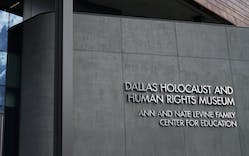 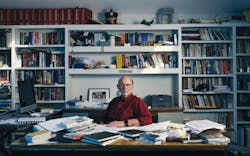 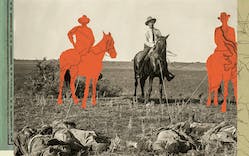 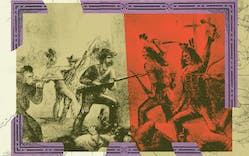 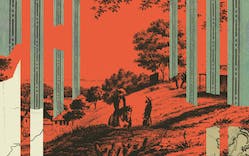 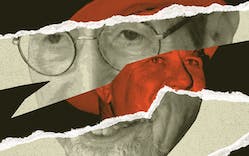