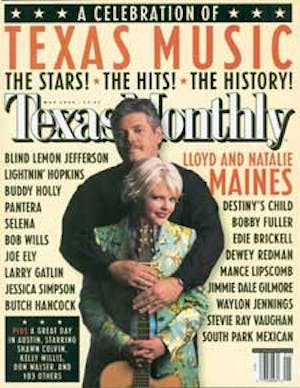 At the start of the sixties Ernest Tubb’s grip on the country Top Ten was slipping. To compensate, he put together a “hot” band that allowed him to play clubs and dance halls as well as concerts; that’s the group documented in this 1999 six-CD box set that covers the years 1961 to 1966. Tubb’s trademark vocal style, starting songs a quarter-tone flat and then going flatter — that could be your neighbor up there singing — had deepened and grown warmer and more magnanimous. Those folksy, almost conversational, vocals were dramatized by pickers who jazzed up the original Tubb sound without altering its core. Leon Rhodes’s boppish guitar solos seem to float as steel player Buddy Charleton swung; the interplay between them was as simple and as powerful as a glass of cold water in the desert. Drummer Jack Greene and rhythm guitarist Cal Smith both sang well enough to become stars themselves. The music crackled and soared; there were no backup chorus singers or string sections mucking up the sound, and out front, Ernest Tubb sang stripped down country poems like “Thanks / Thanks a lot / I got a broken heart / That’s all I got.” The sound sliced through the era like a hot knife through butter. by John Morthland