There haven’t been many successful sister acts in the world of modeling, but don’t tell that to the Parkses. Farm girls who grew up near Arlington in the tiny community of Webb, 20-year-old Wende, 22-year-old Becky, 23-year-old Kelly, and 26-year-old Kimberly piled into the front seat of a pickup truck in 1992 and drove to Dallas to meet modeling mogul Nancy Campbell. Staggered by the sight of four tall, redheaded strangers, Campbell lined up a TV commercial audition. Despite limited experience—they had done a few fashion shows for free at a shopping mall—the Parkses got the job. Since then, they’ve been featured in a major photo spread in the German edition of Marie Claire magazine and in an Exxon commercial. In addition to modeling, Kimberly is the mother of three, and Becky and Wende are college students, but busy schedules won’t wreck their close relationship. In fact, Kelly is using her earnings to build a new place close to her dad’s farm. “It’s a four-bedroom house, so all my sisters will have a place to stay,” she says. “We’re sticking together.” 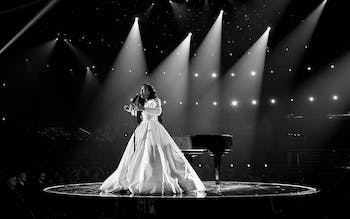