From the witness stand, Sam Wyly didn’t look like a man who could upend the way the federal government prosecutes white-collar crime. The 79-year-old Dallas billionaire cupped his hand behind his ear to hear his lawyer’s questions. He admitted repeatedly to confusion about some of the key business transactions that had made him a billionaire. “I sometimes get it garbled in my mind,” he said when asked by the judge about inconsistencies in his testimony. Because of an undisclosed medical condition, he could be in court only a few hours a day, forcing a reshuffling of the trial schedule to spread his testimony over several weeks instead of being heard all at once. In between his testimony and once he was finished, the prosecution presented its case.

Wyly has been on trial in Manhattan since late March, battling the Securities and Exchange Commission’s allegations that he and his brother, Charles, used a series of offshore trusts to hide their ownership in four public companies and collect $550 million in profits, some of it due to insider trading. The SEC spent six years building its case and waited four years after filing it to see the inside of a courtroom. Charles was killed in a car accident in 2011; the SEC named his estate as a defendant.

The SEC can’t afford to lose. For years, the commission had a practice of allowing defendants to pay a fine without admitting wrongdoing. It was, from the perspective of some prosecutors and defendants, a win-win solution: the government got to collect hefty fines without risking embarrassing and expensive losses in the courtroom, and defendants got to save face by merely paying a fine that most of them could handily afford. But in 2009 a federal judge in New York balked at such an arrangement in a settlement of claims that Bank of America had misled shareholders about $5.8 billion paid to Merrill Lynch employees. He referred to the SEC’s practice as “a contrivance designed to provide the SEC with the facade of enforcement.” Two years later, the same judge refused to sign off on a similar deal with Citigroup. After that, the SEC decided to stop making such deals. And the defendants started lawyering up and fighting back, with results that the New York judge may not have expected.

Last October, the commission suffered a brutalizing defeat in its insider trading case against Dallas Mavericks owner Mark Cuban. Not only did the Internet billionaire beat the commission in court, he railed against its tactics. “They regulate through litigation,” he said on the courthouse steps after his victory. “I’m glad I’m able to be the person who can afford to stand up to them.”

Sam Wyly, whose business success began when he built a handful of Bonanza steakhouses into a national chain, has been less vocal, perhaps because he may have less to crow about. The SEC contends that between 1992 and 2004 a series of trusts created by the Wyly brothers hid their holdings in companies such as Michaels Stores and Sterling Software, both of which they later sold for billions. Disguising their ownership enabled them to secretly load up on stock and make even more money from the sales they knew were coming, the commission claims.

Wyly has denied any intent to defraud. He says he was simply following the advice of his attorneys and would have disclosed his full stock holdings if they had advised him to do so. “Listening to lawyers” has had mixed results as a defense strategy (ask Enron’s Jeff Skilling), especially when invoked by self-made billionaires who are hands-on managers by nature. Wyly has another problem: one of his former lawyers, Michael French, cut a deal with the SEC, paid almost $800,000 in fines, admitted wrongdoing, and is now testifying against him.

One reason the SEC has been eager to settle in the past is that insider trading cases can be complicated and confusing to juries. Wyly’s apparent frailty on the witness stand may also draw sympathy. But John Teakell, a Dallas defense attorney who used to prosecute insider trading cases for the SEC, believes that the commission must be confident of its chances; otherwise it wouldn’t have chosen to take this case to trial. “If it’s not a must-win, it’s close to one,” he says. “The stakes have been raised on both sides.”

Uh Oh, Only 39 of the Richest 400 People in America Live in Texas Now 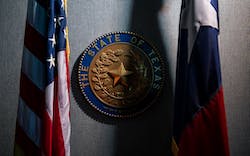 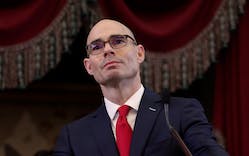 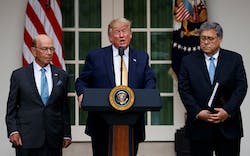