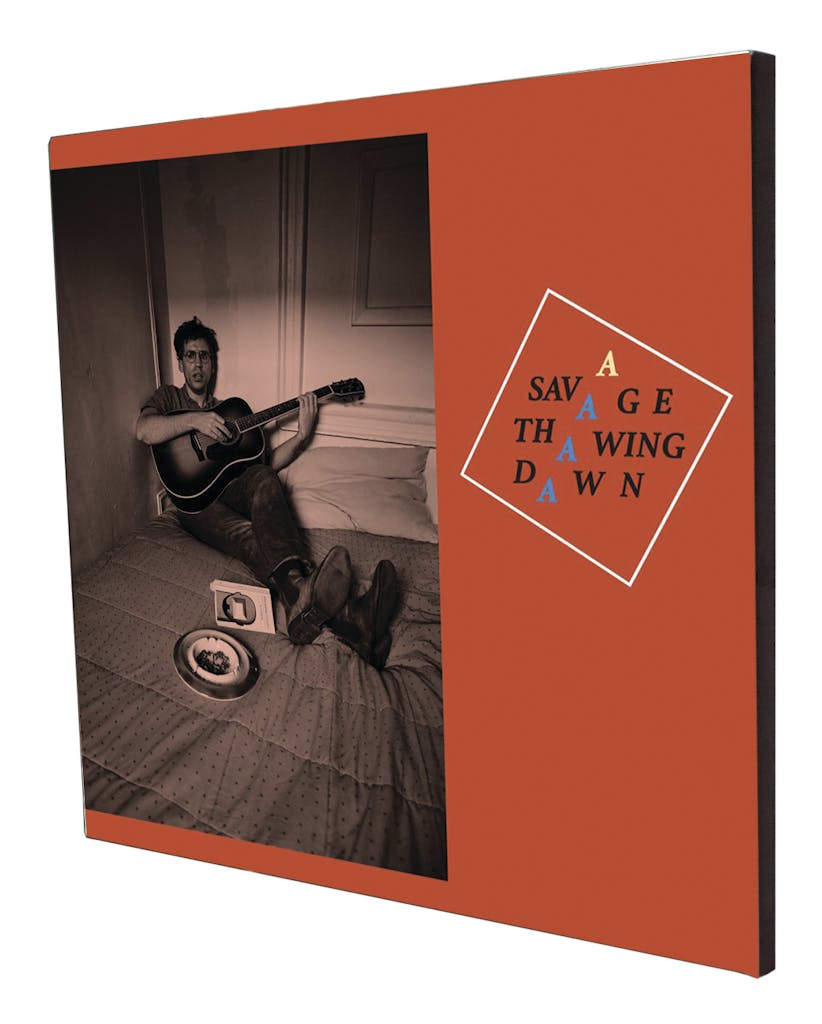 A. Savage thrives when he’s fighting being pigeonholed. Each time music critics form a consensus about his band, New York by way of Denton indie-rock favorites Parquet Courts, he and his bandmates look to subvert it. Tired of garage-rock clichés, they published a list of the fifty-plus press clippings that labeled them “slackers.” Uncomfortable being regarded as rock and roll classicists, they released a chopped-and-screwed remix with Bun B. Now, in the face of cresting Parquet Courts mania, Savage has made another savvy move. His solo debut, Thawing Dawn (Dull Tools, October 13), turns away from the hype and quietly looks inward. There, he finds a from-the-heart redefinition of what his music can do. True to its name, Thawing Dawn offers rays of warmth. Savage continues to bare his usual anguish (“If I have no garden, I’ll cry until one grows”), but his manic guitar playing and vocal bark go largely unheard. Instead, he makes way for pedal-steel melodies and allows each track to march at a stately pace, putting the focus on his piercing songwriting. Away from his band, Savage can explore influences, like pastoral Americana and baroque pop, that wouldn’t fit inside Parquet Courts’ streetwise attack. But amid the genre exploration, a unified statement comes through: even if a heart ices over after a relationship’s end, a thawing light can emerge from a new one’s beginning.