On an overcast evening in early May 1977, 23-year-old Vietnam War veteran Jose Campos Torres was in handcuffs for drunk and disorderly conduct at a cantina in Houston’s East End. Rather than taking him directly to the nearby jail, six responding Houston Police Department officers took a detour to a secluded spot near Buffalo Bayou that they called The Hole.

There, the officers beat Torres, bruising and bloodying him to the point that when they finally drove him to the city jail, officials there wouldn’t process him, telling the officers to take him to a nearby hospital. Instead, the officers returned to The Hole, where they continued to beat Torres. Witnesses on the other side of the bayou couldn’t make out what was happening in the darkness, but they heard a scuffle, then a splash. Carless Elliott, the only rookie cop at the scene that night, later recalled in court the words of one of his fellow officers, the last words Torres must have heard before his body plunged into those dark waters: “Let’s see if this wetback can swim.”

Two days after Torres was arrested, his mangled body was found floating in Buffalo Bayou. A local boat operator called the police, identifying Torres by the military dog tags still hanging around his neck. As news of the atrocity spread, Torres’s name became a rallying cry that united the city’s Latino community in its search for justice. Houston, and its police department, had to respond.

In Chicano Squad, an eleven-episode podcast released in January by Vox Media, host and actress Cristela Alonzo follows Houston’s attempts to grapple with the aftermath of Torres’s death, which included the creation of the first all-Latino homicide squad in the country. Aided by the research of producer and Austin-based journalist Eva Ruth Moravec, Alonzo guides listeners through interviews with Chicano activists, former police officers, scholars, and Torres’s family members. All the while, she draws parallels to present-day discrimination against Latinos and the ongoing demonstrations against police brutality and racial injustice. “If I didn’t tell you that this story took place forty years ago, you might think it had just happened,” Alonzo told me. “We need to be honest about our history in order to learn from it, because decades later, the same thing is still happening.” 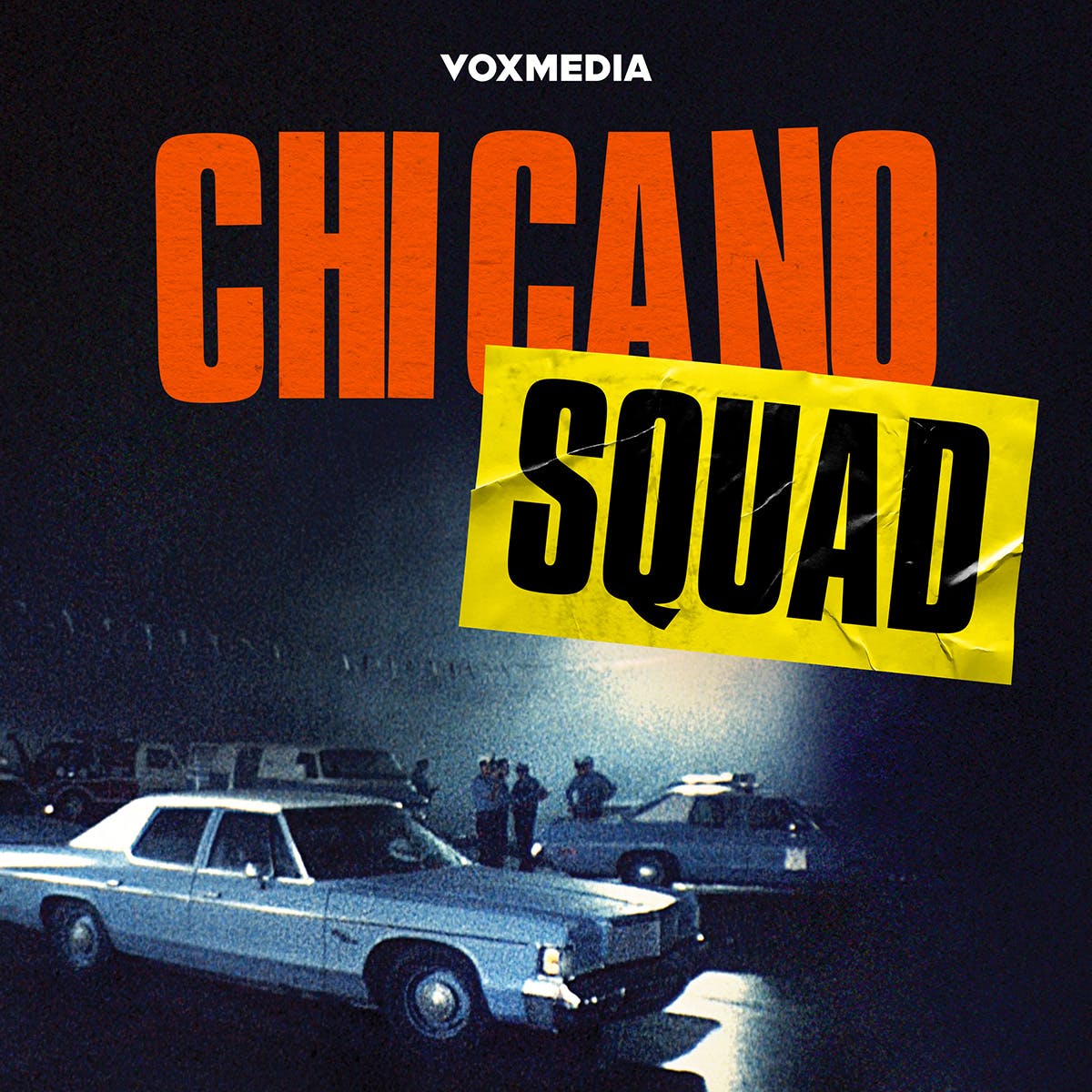 For decades before Torres’s murder, violent encounters with HPD officers had soured the relationship between the police department and the city’s Black and Latino communities. Historian Dwight David Watson, who is interviewed in Chicano Squad, wrote a book on twentieth-century HPD history in which he traces its ties to the Ku Klux Klan in the twenties and the years of racist incidents and attempts at reform that followed. “For years, [HPD] operated with impunity,” he says. “When you look at the records of some of their arrests, you’ll find lacerated livers, fractured skulls, broken hands. In the case of [Torres], there’s … racism, there’s extreme brutality.”

In the wake of Torres’s death, frustrated residents of Houston’s barrios staged rallies and protests around the city. Two of the officers who had beaten Torres, Terry W. Denson and Stephen Orlando, were charged with murder. A third officer, J.J. Janish, was charged with misdemeanor assault. Two additional officers at the scene, Glenn Brinkmeyer and Lewis Kinney, were suspended from duty but granted immunity by the state in exchange for their testimony.

Five months after Torres’s murder, an all-white jury found Denson and Orlando guilty of negligent homicide—a misdemeanor. The judge sentenced them to one year of probation and fined them each $1. Latinos around town began pinning a single dollar bill to their shirts, meant to symbolize what their lives were worth in the eyes of the criminal justice system. When the case was brought to federal court in February 1978, Denson, Orlando, and officer Joseph Janish were convicted of federal rights violations and were sentenced to one year in prison.

Members of Houston’s Latino community described the light sentences as a “slap in the face.” On the first anniversary of Torres’s death, protests reached a fever pitch during a Cinco de Mayo celebration at Moody Park. Police responded to a call at the park on the evening of May 7, 1978, and as the crowd began chanting “Justice for Jose Torres,” a riot broke out. By the following morning, 28 demonstrators had been taken into custody. (Two activists, Travis Morales and Mara Youngdahl, were later fined a total of $9,000 on misdemeanor riot charges.)

The trials drew national attention, and HPD’s newly minted internal affairs unit was overwhelmed with complaints. The department wanted to rebuild its reputation fast. The city was quickly growing into the murder capital of the United States as a slew of unsolved killings in Houston’s barrios piled up. Given the department’s broken relationship with the Latino community, making headway on the cases would be extremely difficult, especially because of the officer recruitment problem.

The summer of 1979, detective sergeant Jim Montero floated an idea past HPD chief Harry Caldwell: if he got permission to recruit a small group of Spanish-speaking patrol officers, he could train them to serve as translators in the field, helping the department to close the growing number of unsolved crimes in Houston’s barrios. In addition to having a strong work ethic, Montero said, the officers should hail from the neighborhoods they would be policing.

On top of their translating work in the field, the squad was also tasked with investigating 52 cases that experienced detectives on the force hadn’t been able to crack. They had only ninety days to solve them. This was a test, and they had only a few months to prove themselves. They couldn’t fail.

In interviews with members of the Chicano Squad, the podcast shines a light on its predicament. With limited resources and no prior detective training, they faced scrutiny from all sides. To some of their fellow officers, it didn’t matter whether they wore a badge or passed their exam, they were Mexicans first. And as Mosqueda recalls, many non-Latino officers were happy to throw around the word “wetback”—the same pejorative hurled at Torres before his death.

In their barrios, things weren’t much better. Joining HPD was regarded almost as a betrayal. Adrian Garcia, former HPD officer and current Harris County commissioner, said some of his friends stopped talking to him when he joined the force, calling him a sellout. And to this day, Morales remains skeptical that the Chicano Squad was the answer. “As we said at the time: what difference is it going to make to have the cops speaking Spanish when they brutalize and murder someone?” he asks on the podcast. But as Alonzo points out: the squad’s role wasn’t to patrol these neighborhoods, it was to solve the crimes that were plaguing them.

For many of the victims they interviewed, the officers’ presence did make a difference. More often than not, they were the first Spanish-speaking officers the victims had come into contact with. Slowly, the Chicano Squad earned back the trust that HPD had lost. “The people would open their hearts towards us because we were able to communicate with them,” Mosqueda says in the podcast. “I’m not an immigration officer. You were a victim [of a crime], so I’m going to treat you as a victim. And once the word got out, they trusted us.”

The group cleared forty homicides by the end of 1979 and later earned the recognition of the National Latino Peace Officers, in 1997, when they solved 91 percent of the cases they’d been assigned. During the research process, Moravec found that the Chicano Squad posted a consistently higher clearance rate than other HPD units. The squad did not have a single fatal officer-involved shooting during its three-decade tenure.

In 2010, because HPD’s increasingly diverse workforce now includes a higher number of Spanish-speaking officers, the group was disbanded. “A lot has changed since 1979 at HPD, but community policing is really important,” Moravec says. “The squad’s success came from how connected they were to these neighborhoods. They were able to gain the trust of victims and witnesses because they knew how Hispanic Houstonians really lived.”

It’s not uncommon for the stories of Latinos to be minimized or excluded entirely from Texas history books. Host Alonzo, a self-proclaimed history nerd, often spent time in history classes in the Rio Grande Valley thumbing through her books trying to find important figures that looked like her. And though her mother instilled in her a love for the U.S., Alonzo was also aware that her identity as a Mexican American sometimes made her a target.

This connection to Torres and to the officers on the Chicano Squad is what allows Alonzo to shine as a host. She blends vividly reported details of decades-old events with personal anecdotes of similar struggles.

For Alonzo, the Chicano Squad is a reminder that reform is possible, even if it’s difficult to sustain. “When Black and Latino communities are asking for change, some people treat it like an impossibility,” she says. “But the Chicano Squad moved mountains with the little resources they had. We can change these systems. It’s possible.”