There’s a lot to love about Crazy Rich Asians. The film, released August 15, features a beautiful and talented international cast, a great soundtrack, and rich visuals perfect for a summer escape to the movies. But beyond a whirlwind romance between two young, attractive lovebirds (one of which just happens to be secretly and ridiculously rich, naturally), it tells an entertaining, meaningful story about navigating the cultural differences between upper-class Asians and middle-class Asian-Americans.

The central love story features Rachel Chu (played by Constance Wu), an economics professor at New York University raised by an immigrant single mother, and Nick Young (Henry Golding), her boyfriend of over a year and the heir to a Singaporean fortune. But from the outset, Nick takes a backseat role to guiding Rachel through his upperclass world. He spends most of the film fulfilling his best man duties, leaving Rachel to deal with his disapproving mother and the gossiping, catty upper class society by herself. (Luckily, she has some help from her goofy college friend Peik Lin (Awkwafina) and Nick’s cousin Oliver (Nico Santos), the “rainbow sheep” of the family.)

Nick essentially throws Rachel to the wolves, tells her they don’t really bite, and then apologizes with horrified surprise when they attack. But their love story isn’t the main narrative. The conflict lies not in their romance, but in how Rachel recovers from her wounds in Nick’s wholly unfamiliar, old-money world.

As Rachel spends more time with Nick’s family, it becomes clear that they don’t disapprove of her only because she’s not rich, but also because as an American, she thinks differently about familial responsibilities. Her independence and her mother’s perseverance, sources of pride for Rachel, are negative qualities to her boyfriend’s family. Through her portrayal of a woman forced to prove herself in a hostile environment, Wu shines. She’s utterly believable as the witty and charismatic Rachel, who flails, but ultimately redefines her self-worth after being told she will never be enough.

Crazy Rich Asians explores such a dynamic that’s rarely shown: the cultural tensions between people who have the same heritage, but wildly different perspectives and backgrounds. Kevin Kwan, author of the Crazy Rich Asians series and executive producer of the film adaptation, knows that conflict firsthand. He was born into a rich family in Singapore, but grew up in Houston after his parents decided to raise Kwan and his siblings away from the extravagant remove of high society and immigrated to Clear Lake.

The film manages to keep Rachel’s navigation of that cultural rift fun and light, while also offering stunning visual displays of wealth: private island bachelorette parties, beautiful skyscrapers, and a breathtaking wedding scene. The drama never gets lost in the luxury, though. One of the best scenes of the movie takes place in a simple mahjong parlor and ends with a wordless gaze that could kill.

As the first movie with an all-Asian cast, Asian-American lead, and Asian director since The Joy Luck Club 25 years ago, there’s a great deal riding on Crazy Rich Asians. It carries the unfair burden shouldered by any work featuring minority groups: The film has to succeed and “prove” that the stories of its creators are worth being told. Crazy Rich Asians delivers—and offers a very good time along the way. 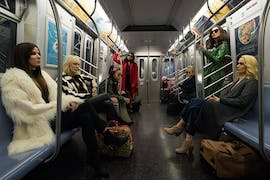 All the Texas-Related Movies You Should Watch This Summer 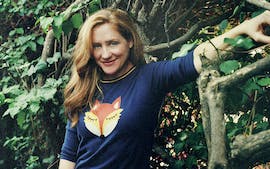 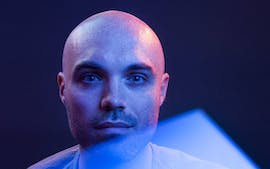