Sports team mascots have evolved in recent years. Historically, they’ve been icons that attempt to convey values that the team hopes to represent to fans (especially young ones): some mix of toughness, friendliness, confidence, and resilience, all wrapped in fur and foam, the family-friendly face of what it means to root for the franchise. Some mascots are more or less human. Ragnar the Viking, who enjoyed a long run with the Minnesota Vikings until he priced himself out of the job in 2015, was just a dude on a motorcycle; Pittsburgh’s Steely McBeam is a giant, cartoonish character who is nonetheless identifiable as a person. Other mascots hail from the animal kingdom, like the Houston Texans’ Toro or the Chicago Bulls’ Benny the Bull, while some take on more abstract, Muppet-like forms, such as the Phillie Phanatic or the Miami Heat’s Burnie. Some are intuitively connected to the franchises they represent—the Toronto Raptors’ mascot is just Raptor the raptor—while others, like the Spurs’ Coyote, require more of a conceptual leap from the team’s name. But between the weird mascot arms race happening in Minor League Baseball and the wildly successful launch of the Philadelphia Flyers’ Gritty, every sports franchise is on notice: If you’re unveiling a new mascot, you’ve got to take a big swing.

We can only guess that was the mandate behind Mavrello, the latest addition to the Dallas Mavericks Extended Universe, who was unveiled Thursday morning.

Lots going on there. Before we get into it, here’s the character’s official mythology, straight out of the Mavs’ canon: Mavrello, whose full name is Mavrello Ballovic, is “a former Dallas Mavericks owner” who has been buried(!) in a bunker(!!) under Reunion Arena(!!!) since 1988, and who was “forced to dig his way out using only a concession stand spork.” That is some dark stuff for a lil’ anthropomorphic basketball! But it does explain a bit why Mavrello looks like what you’d get if you dipped Mr. Met in a tub of cocaine and left him someplace where he’d forget to make his child support payments for several years. The team, which had been teasing Mavrello’s appearance in recent weeks (here’s a cryptic picture of a dirty spork!), will continue to build out Mavrello’s backstory in the weeks and months to come. While he’s not technically the team’s new mascot, we can assume that whatever content the team creates will fit him into the constellation of Mavs mascots that includes MavsMan (a boring basketball-themed superhero) and Champ (a boring horse).

Mark Cuban and the Mavs 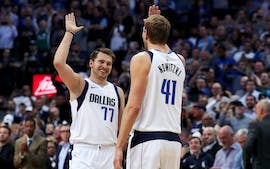 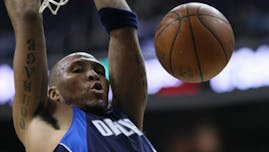 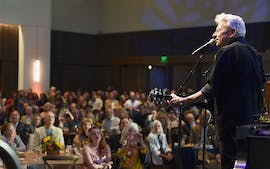 Now then: let’s not dance around the figurative elephant in the room, which is that Mavrello looks like crap. The five o’clock shadow, the gold tooth (did he have that when he went into the bunker, or did he stop at a dentist after he dug his way out?), the ill-fitting ushanka, the foam hand that—let’s be honest—makes it look like he’s constantly presenting his middle finger, the … whatever that white stuff is behind him—none of it is how you would choose to present yourself for, say, a job interview. But Mavrello’s seedy appearance is part of what the Mavs are selling. In a statement about the character’s debut, owner Mark Cuban explained that “we must reinvent ourselves to appeal to [Gen Z fans] in new ways” and “we must expand our focus to engage people of all ages and attract new eyeballs to the game.” Running that through a brand-speak translator, Cuban is telling us that Mavrello is designed to be a meme, something so bizarre that adult fans—say, those in their twenties, whose appreciation for irony has turned Gritty into a bona fide icon—will find themselves drawn to a dirtbag basketball with a Slavic name and accent and overall aesthetic that lands right on the edge of being an offensive stereotype. (At least he’s not wearing a gold chain?)

It might work! Gritty himself was not beloved upon his 2018 debut (the early reactions included words like “horrifying”), but the ensuing years have been kind to the big orange guy. Mavrello’s whole thing, where he looks like what happens when a Pixar wannabe gets rejected and spends a rough weekend on a bender at Electric Daisy Carnival, might well appeal to Zoomers who are looking for a new way to express themselves in response to a question like “how are you doing today?” Champ and MavsMan are for the children, fans who are ready to be inspired by the majesty of sport; Mavrello is probably for their older siblings, when they find themselves too burned out from the sheer existential trauma of being alive in 2021 to do much more than thumb through some NBA highlights on Instagram before collapsing on the floor.

That’s the thing about sports, though. They’re for fans of all ages, all backgrounds, all levels of tolerance for Eastern European stereotypes depicted by cartoon characters, all stages of emotional exhaustion. You might not invite Mavrello to visit sick kids at the hospital, but he’d fit right in at a frat party. Time will tell if that’s enough to make him an enduring icon for the Mavericks.