For 25 years, Byrd M. Williams IV, a photographer from Dallas, lugged around his family’s legacy. He moved hundreds of boxes full of some 350,000 photos and negatives—snapshots taken by his father, grandfather, and great-grandfather—to more than a dozen garages, attics and bedrooms, sometimes sleeping just feet from combustible nitrate film. “Nothing ever exploded,” he says, “but I did smell that smell they warned me about.” 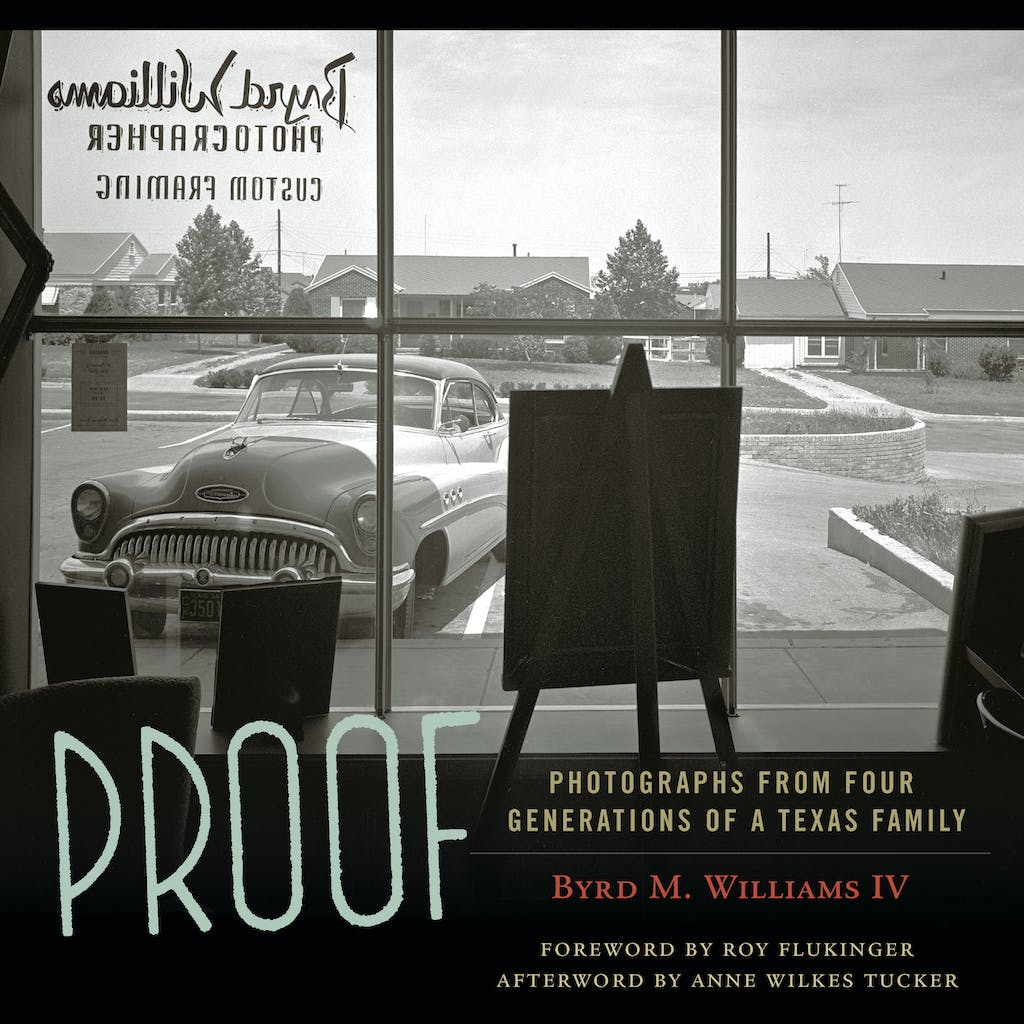 Relief came two years ago when the University of North Texas Libraries acquired the collection. The university then worked with UNT Press to publish Proof: Photographs From Four Generations of a Texas Family. The book, released this month, not only reveals a family’s extraordinary love for photography, it also captures 120 years of Texas history, from images of what is proclaimed to be Sam Houston’s stagecoach and Pancho Villa’s soldiers to children reenacting the Alamo on a lawn during the post-war era.

It all started in 1880, when Byrd Williams opened a hardware store in Gainesville, Texas. Postcards were popular, so he began shooting local sites to print on postcard stock and sell at his counter. His son, Byrd Williams II, began to help out and quickly fell in love with cameras. He briefly worked as a survey photographer out west and even had a stint documenting WWI recruits at Camp Bowie.

Nobody figured out how to turn the family passion into a full-time gig, though, until Byrd Williams III came along. He opened a studio and photo-processing lab in Fort Worth where his son Byrd Williams IV worked for thirty years. Between taking portraits of ballerinas and acrobats, they developed crime scene photos for the police—including those taken in downtown Dallas when President John F. Kennedy was assassinated. “[The cops] came in [to the photo lab], sent the employees home, and locked the doors,” Williams says. “Dad developed the images with them standing there.”

Williams IV, 64, inherited it all: the name, the love, and the vast collection. By high school he was rummaging through the negatives to make prints—something he kept doing over the years, even as he pursued his own work documenting televangelists and gun owners around the state. “I just wanted to see what was in ‘em,” he says. “What people had on the shelves, what they hung on the walls, what the shops looked like.”

That’s the joy of perusing Proof. The images are a reverential window into the lives of Texans otherwise forgotten—and they may have actually been forgotten had UNT not called. Williams’s sons aren’t interested in photography, and he became paranoid they might throw out all those boxes after he dies. It’s a relief to know the collection is safe, Williams says, even if it means driving to Denton to see it. “I grieved a little,” he added. “I had to get used to not having it at my fingertips.”